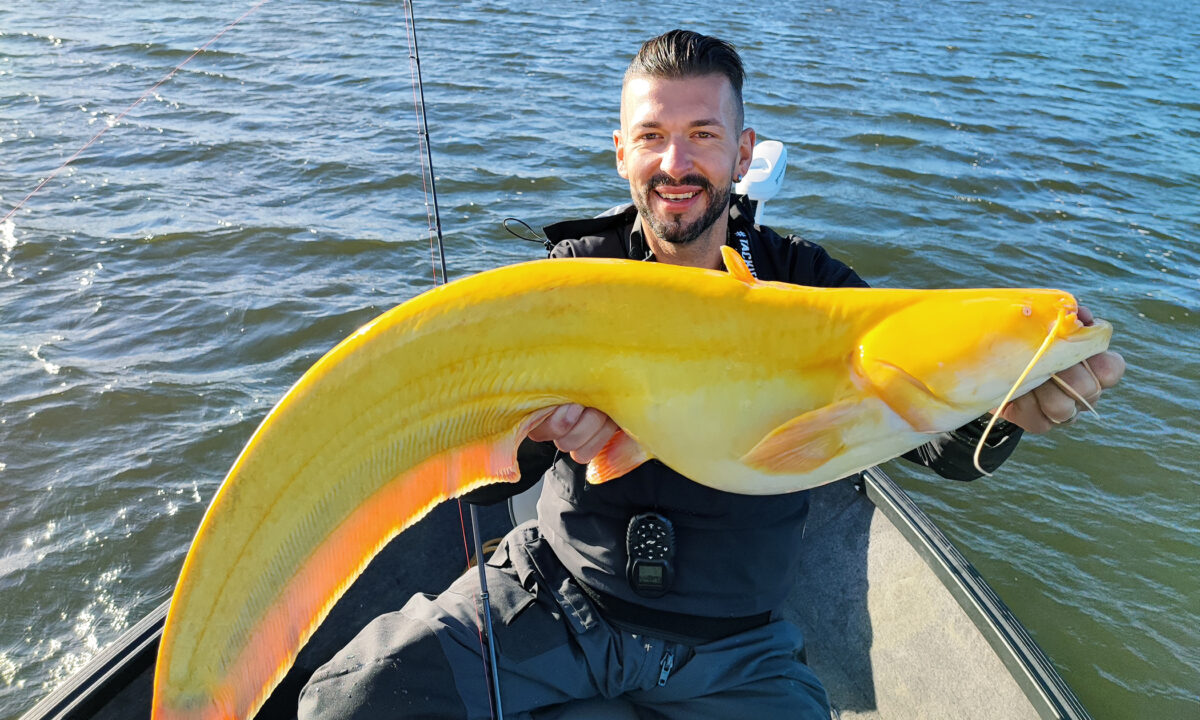 A professional angler from Germany reeled in a rare bright-yellow wels catfish—like a giant, writhing banana with gills—while fishing with his twin brother on a lake in the Netherlands.

The fisherman from Duisburg, Martin Glatz, on Oct. 4 was testing out a new lure, and at first thought he’d hooked a fish “comparable to a 47-inch pike,” he said, judging by the fight being put up.

But when he peered down and saw the sunny-hued catfish “glowing” from about three to four meters below the surface, he started to panic a bit. “We fell into a state of shock,” Glatz told The Epoch Times. “And [I] yelled at my brother to have the landing net ready.”

He and his brother Owen netted and boated the extravagant, lemon-hued catfish. After measuring and snapping a few photos with the specimen, following regulations, they released it, so as to let it grow “very big.” He said the fish measured 1.19 meters and described it as “uniformly bright-orange” and “beautiful.”

“I have never seen such a catfish before,” Glatz told Live Science. “I am still overwhelmed by it.”

The catfish’s unusual yellow hue is probably caused by a genetic disorder called leucism, which, like albinism, is a pigmentation deficiency occurring in animals, but unlike albinism, does not affect the eyes. The disorder can affect mammals, birds, reptiles, and fish, causing them to appear lighter than normal—making them an easy target for predators.

Wels catfish, endemic to much of Europe, according to Field & Stream, can grow to be 9 feet long and weigh almost 300 pounds. Typical specimens are dark greenish-black, with some exhibiting mottled yellow spots, according to NOAA.

Some luck is involved boating a rare fish such as this one, of course, though Glatz, a devoted professional of the sport who wets his line two to three days a week, has ample opportunity. He’s been fishing since the age of 13, he said, and was introduced to the sport by his grandfather. Glatz’s favorite fishing spot is in Duisburg Harbor.

“It’s in our family,” he told the newspaper. “My twin brother is fishing, my wife is fishing, and hopefully our sons will discover the hobby for themselves as well.” 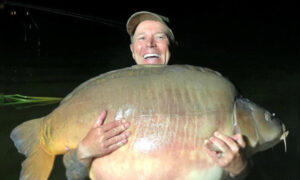 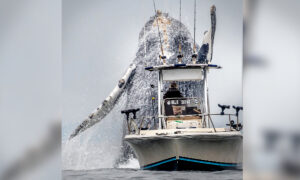