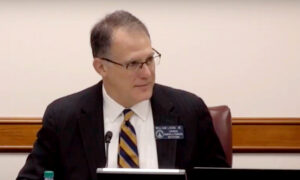 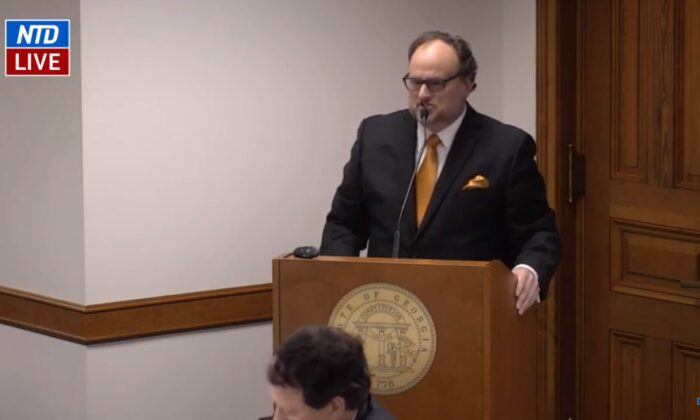 The senators are asking the state’s largest county to make the ballots “available for inspection” through a method outlined during the hearing by digital ID systems inventor Jovan Pulitzer.

Pulitzer suggested all absentee ballots in the state of Georgia be forensically examined and fraudulent ones identified in just a matter of hours. He called on state officials to allow the examination.

Officials in the Georgia Secretary of State’s office didn’t immediately respond to requests by The Epoch Times for comment on the subcommittee motion.

“Fulton County did not participate in today’s hearing,” county spokeswoman Jessica Corbitt-Dominguez said in an email to The Epoch Times. “We will continue to collaborate with the Secretary of State and General Assembly as we execute elections in compliance with all applicable state and federal laws.”

Georgia is one of the states where election results are being contested by the campaign of President Donald Trump and others. The current count in the state shows former Vice President Joe Biden ahead by some 12,000 votes.

The state has conducted manual and machine recounts, and an absentee ballot signature match audit in one county. These uncovered some issues and irregularities, but not enough to flip the results.

The brunt of the fraud allegations has been aimed at the heavily Democratic Fulton County, which includes Atlanta.

One of the county’s polling managers previously told state lawmakers that she opened a box of mail-in ballots with a batch of 110 that were “pristine” and not folded, indicating that they were never put in secrecy envelopes, as is required.

Pulitzer said that he and his team can detect if that’s the case.

Security camera footage from election night shows that in Fulton County, what appears to be tens of thousands of ballots were counted in the absence of party or state monitors. The video seems to show that election workers scanned the same batches of ballots repeatedly. This could be a legitimate action when there’s a scanning error in the batch, such as when the ballots get jammed in the scanner.

In that scenario, the workers are supposed to discard the whole batch of scans and scan the ballots again, but the video quality makes it hard to discern if that was the case in each instance.

Pulitzer said that he and his team could detect if that was the case as well.

The ballot paper itself, when scanned, becomes a piece of code, he explained. Every time the paper is physically handled, such as folded or written upon, the code would change and the change can be detected.

The examination he proposed can be done expediently, he said.

“All of these problems that you’ve heard today can be corrected and detected now by the simplest of things. It takes you days or weeks to recount votes. Give me these 500,000 ballots, we’ll have them done in two hours,” he said, apparently referring to the 528,777 ballots cast in Fulton.

About 5 million ballots were cast statewide.

“This is the historical artifact of a voter. And states are telling voters, ‘You have no right to that,’” he said.

“That is both unacceptable and un-American.”