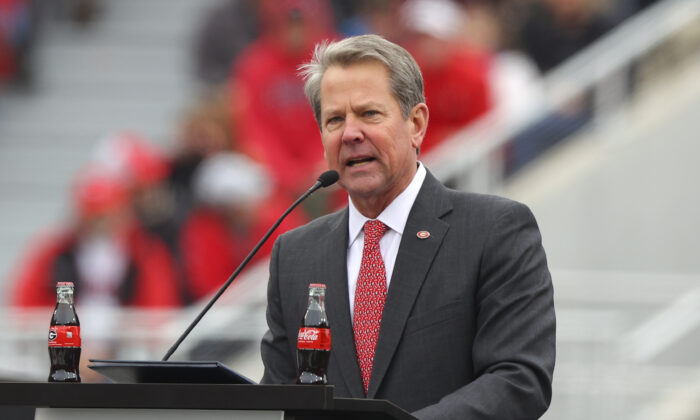 Georgia Gov. Brian Kemp on Wednesday signed into law a bill that would authorize the state’s top law enforcement agency to launch investigations of voter fraud.

The measure, SB 441, gives the Georgia Bureau of Investigation (GBI) the power to initiatie probes of alleged election wrongdoing without a request from an outside official. Previously, only the secretary of state’s office was responsible for probing alleged election violations.

The Republican governor said the measure, which earlier passed 98-69 in the House and 33-22 in the Senate, would help ensure fair and secure elections in Georgia.

The bill states that the alleged violation would have to be significant enough to create doubt about the outcome of an election. The GBI would have the power to issue subpoenas for election documents.

“Building on the strong, commonsense measures in our Election Integrity Act of 2021, this new law will allow us to engage highly-qualified personnel from the Georgia Bureau of Investigation to assist in ensuring our elections are secure and fair,” Kemp said in a statement.

The governor has set aside more than $500,000 for the new GBI investigators in the fiscal 2023 budget.

Before the measure was signed into law, Democrats said they believed it would intimidate voters and election workers.

“It will not only be used against your voters, but could also be used against organizations and those county election board officials or their workers,” State Rep. Jasmine Clark, a Democrat from Lilburn, said on the House floor earlier this month. “Again, they already have a hard enough time getting poll workers, and now you want to sic the GBI on them. What are we doing here?”

House Speaker David Ralston, a Republican from Blue Ridge, responded to critics by saying that the GBI authority was not a partisan reaction to the 2020 election.

“It was a good government measure to be sure that we have competent, professional, thorough investigators,” Ralston said. “GBI is the best there is in the state.”

The watchdog group Common Cause in Georgia also criticized the law, citing its costs.

“If the Bureau is now entrusted with investigating anything that could create doubt about our elections—we suggest they start, first, by investigating those who have been profiting by creating such doubt,” Aunna Dennis, a spokeswoman for the group, said in a statement.

“So many different groups and partisan extremists have been working to undermine confidence in Georgia’s elections,” she added.