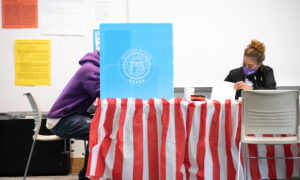 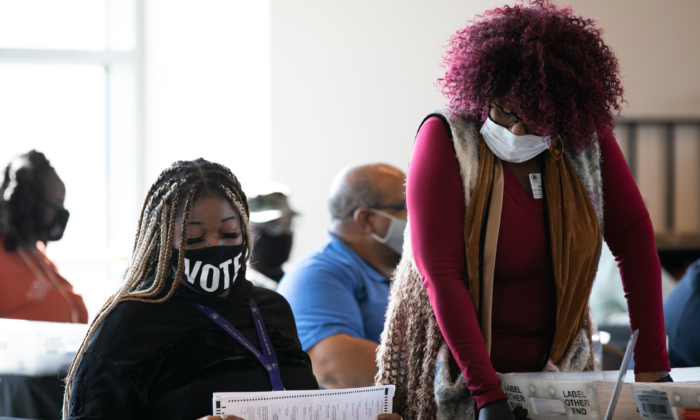 A Georgia county is rescanning ballots due to an issue related to reporting on the vote-counting conducted on Nov. 6, according to Georgia Secretary of State Brad Raffensperger.

A monitor and investigators are on-site at State Farm Arena in Fulton County, Raffensperger wrote on Twitter on Nov. 7.

“Fulton has discovered an issue involving reporting from their work on Fri. Officials are at State Farm Arena to rescan that work. I have a monitor & investigators onsite. Also sent Dep. SOS as well to oversee the process to make sure to secure the vote and protect all legal votes,” Raffensperger said.

Raffensperger’s office did not respond to a request for more details about the issue.

In a statement to news outlets, Fulton County said its elections director, Richard Barron, directed his staff to review provisional ballot counts “to ensure that all provisional ballots were reflected in the results.”

“In doing so he learned that some ballots were not captured in last night’s results,” the Saturday statement added. “He also learned of a smaller number that were not scanned. Those are now being prepared for scanning.”

Out of an abundance of caution, county officials said, all provisional, military, and overseas ballots scanned Friday were being rescanned on Saturday night. The Nov. 6 upload would then be replaced with the rescanned file, officials said.

Former Vice President Joe Biden held a 9,160-vote lead in Georgia over President Donald Trump as of 11:13 p.m. on Nov. 7. Raffensperger had previously said that the state is headed for a recount due to the slim margin.

Fulton County delayed vote counting on Tuesday after a pipe burst at the State Farm Arena. President Donald Trump referenced the incident in his remarks on Nov. 5.

“In Georgia, a pipe burst in a faraway location, totally unrelated to the location of what was happening, and they stopped counting for four hours, and a lot of things happened. The election apparatus in Georgia is run by Democrats,” the president said.

With recounts pending in at least two states and a growing number of legal challenges by the Trump campaign, most media outlets declared Biden the winner of the 2020 presidential election. The Epoch Times will not declare a winner until all challenges are resolved.

The number of uncounted ballots in Georgia inexplicably jumped on Thursday morning. Shortly after Raffensperger told a local television station that there were under 25,000 ballots left to count, his staff corrected the figure to 50,000 or 60,000.

According to David Shafer, the chairman of the Georgia Republican Party, Fulton county workers told Republican observers to go home late on Tuesday “because they were closing up and then continued to count ballots in secret.”

A Fulton county spokesperson told The Epoch Times they were “not aware of direction given to any observers to leave.”