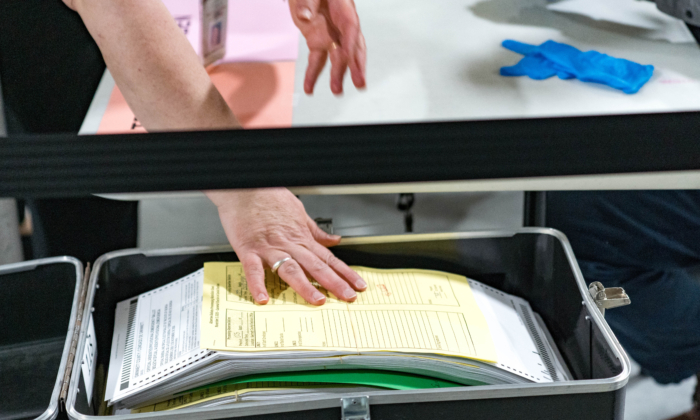 Georgia’s DeKalb County officials don’t know if it’s in possession of the ballot transfer forms used to record the chain of custody for absentee ballots dropped into some 300 drop boxes around the state.

In response to an open records request from The Georgia Star News for the forms, county officials wrote that “it has not yet been determined if responsive records to your request exist.”

“DeKalb County and [the DeKalb County Department of Voting, Registration, and Election] VRE are currently operating within its COVID-19 Emergency Response Plan. These remote operations and VRE’s current workload greatly impact how soon responsive records can be provided,” the response from the department stated.

“VRE is expected to make this determination within thirty business days.”

The Georgia Star News requested the ballot forms from several counties; Cobb County and Cook County have complied with the request.

A spokesperson for Georgia Secretary of State Brad Raffensperger told Breitbart News last week that the transfer forms are in the possession of individual counties.

Georgia election rules require ballots from drop boxes to be picked up by teams of at least two people, who must complete a transfer form upon doing so.

“The collection team shall complete and sign a ballot transfer form upon removing the ballots from the dropbox, which shall include the date, time, location, and number of ballots,” the relevant rule states.

Each of the drop boxes should have more than a dozen signed ballot transfer forms, given the frequency of the pickups required by the rules.

The Trump campaign filed an election contest in Georgia on Dec. 4, alleging that violations of the Constitution and state laws took place in the 2020 election.

The president held a rally in Georgia on Dec. 5, alleging that widespread fraud occurred in the state which could be remedied if the signatures on absentee ballot envelopes are verified.

Georgia Gov. Brian Kemp called on Raffensperger to order a signature audit after the release of video footage that appeared to show poll workers in Fulton County processing ballots in the middle of the night with no observers.

“I think it should be done,” Kemp told Fox News. “I think especially with what we saw today, it raises more questions. There needs to be transparency on that.”

Correction: This article has been updated to reflect the correct titles for the DeKalb County Department of Voting, Registration, and Election, and The Georgia Star News.