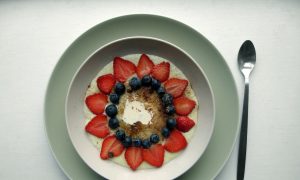 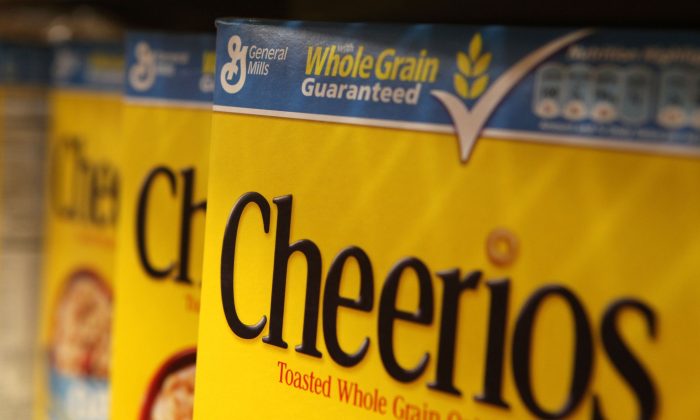 Boxes of Cheerios cereal, made by General Mills, sit on the shelf at a grocery store September 23, 2009 in Berkeley, California. (Photo by Justin Sullivan/Getty Images)
Food & Dining

NEW YORK—General Mills is dropping artificial colors and flavors from its cereals, the latest company to respond to a growing desire for food made with ingredients people see as natural.

The company said Monday that Trix and Reese’s Puffs will be among the first cereals to undergo the changes. As a result, the reformulated Trix cereal later this year will be made with four colors instead of six, said Kate Gallager, cereal developer for General Mills.

While the company was able to come up with alternatives for red, orange, yellow, and purple Trix pieces, Gallager said it was too difficult to find natural alternatives for blue and green that achieved the right taste and color.

We haven’t been able to get that same vibrant color.
— Kate Gallager, cereal developer, General Mills

“We haven’t been able to get that same vibrant color,” she said.

The Minneapolis company said cereals like Lucky Charms that have marshmallows may take longer to reformulate. It said 90 percent of its cereals will have no artificial ingredients by the end of 2016.

A range of food companies including Subway, Pizza Hut, Panera, Hershey, and Nestlé have said in recent months that they’re removing artificial ingredients from some or all products. Companies said the changes are a response to a demand for food made with ingredients people can recognize.

General Mills, which also makes Cheerios and Cinnamon Toast Crunch, said more than 60 percent of its cereals are already made without artificial colors and flavors.