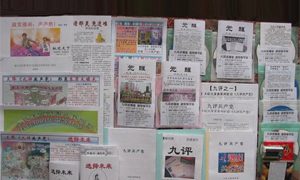 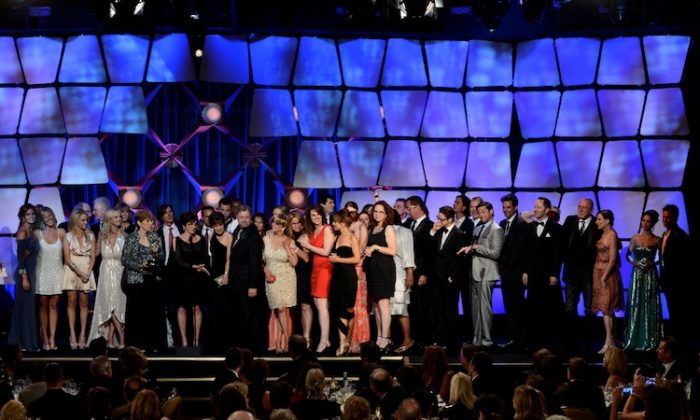 The 80-year-old Regis Philbin, who aired his final episode of Live with Regis and Kelly before retiring on Nov. 18, 2011, received his last honor as the show won best entertainment talk show for the first time. Before Philbin retired, he often talked about the show never winning an Emmy.

The Daytime Emmy Awards recognized outstanding achievement in all fields of daytime television production and were presented to individuals and programs broadcast from 2 a.m. to 6 p.m. during the 2011 calendar year.

Despite the Emmy’s having proceeded on schedule, police were just at the famed hotel on Friday investigating the deaths of two people in what appeared to be a murder-suicide.

Outstanding Drama Series
General Hospital, ABC *WINNER
All My Children, ABC
Days of Our Lives, NBC
The Young and the Restless, CBS

Outstanding Lead Actor in a Drama Series
Anthony Geary, as Luke Spencer on General Hospital *WINNER
Maurice Benard, as Michael “Sonny” Corinthos, Jr. on General Hospital
John McCook, as Eric Forrester on The Bold and the Beautiful
Darnell Williams, as Jesse Hubbard on All My Children
Robert S. Woods, as Bo Buchanan on One Life to Live

Outstanding Lead Actress in a Drama Series
Heather Tom, as Katie Logan Spencer on The Bold and the Beautiful *WINNER

Crystal Chappell, as Dr. Carly Manning on Days of our Lives
Debbi Morgan, as Angie Hubbard on All My Children
Erika Slezak, as Viki Lord on One Life to Live
Laura Wright, as Carly Corinthos Jacks on General Hospital

Outstanding Supporting Actress in a Drama Series
Nancy Lee Grahn, as Alexis Davis on General Hospital *WINNER
Melissa Claire Egan, as Annie Chandler on All My Children
Genie Francis, as Genevieve Atkinson on The Young and the Restless
Elizabeth Hendrickson, as Chloe Mitchell on The Young and the Restless
Rebecca Herbst, as Elizabeth Webber on General Hospital

Outstanding Younger Actor in a Drama Series
Chandler Massey, as Will Horton on Days of Our Lives *WINNER
Eddie Alderson, as Matthew Buchanan on One Life To Live
Chad Duell, as Michael Corinthos on General Hospital
Nathan Parsons, as Ethan Lovett on General Hospital