Public Education: A 'Myth' in China
0 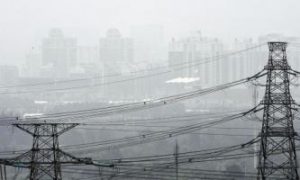 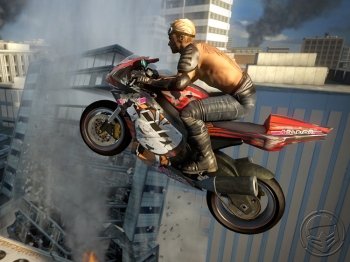 By Sam White
Print
The third iteration of Motorstorm to appear on Playstation 3, Apocalypse pushes aside the natural locations of its predecessors and delivers a demolished city crumbling under your tyres. Apocalypse has some issues, namely the return of some frustrating handling models, but the constant destruction and intricately designed tracks keep it from imploding into failure.

Apocalypse has the Motorstorm festival visiting the fictitious location known only as The City. From here on in, you’re subjected to a constant onslaught of environmental hazards coming at you from every direction. Skyscrapers fall in front of your eyes, while tornadoes rip through the scenery throwing endless objects at you from left, right and centre. There are dozens of different tracks containing multiple routes for you to memorise and each one is filled with various events which create new routes or block off old ones. The game is mostly a visual treat, with a steady frame rate and some great lighting effects bringing the constant mayhem to life; although textures are low-res when viewed up close and draw distances are relatively poor.

Alongside the hectic races, there are comic book style cut scenes dotted in between events which attempt to present a backstory to all the mayhem, but ultimately fail in keeping the player compelled because of the poor voice acting and cheesy dialogue. Thankfully, these scenes are skippable throughout the entirety of the single player story, and don’t have to be endured.

Outside of single player, Apocalypse boasts a solid, enjoyable multiplayer component which has enough depth to keep you entertained for a considerable amount of time. Evolution Studios has done an excellent job of creating a betting system which allows players who are unaccustomed to winning to still be able to gather points and experience. The feature works very well, and is coupled with upgradeable perks and abilities that you earn as you progress the persistent levelling system.

Apocalypse isn’t a ground-breaking release, but it collects everything fun about Motorstorm and forces it into one solid package. This is undoubtedly the biggest and best Motorstorm game yet, and will content anarchic players looking for their next destructive fix.