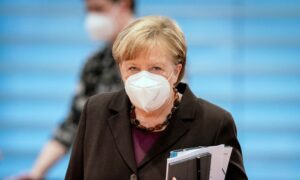 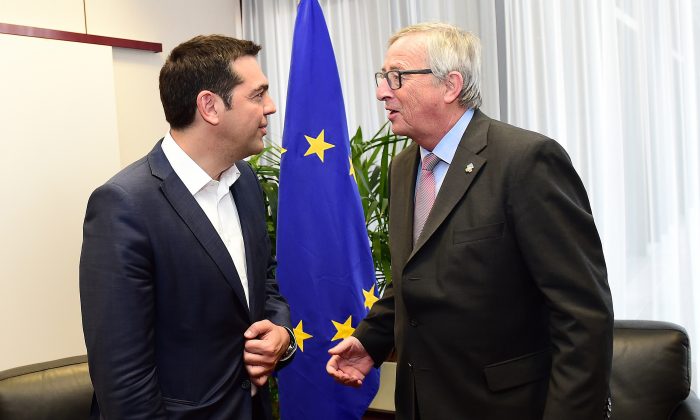 Game of Chicken Over Greece Risks Slipping out of Control

In the game of chicken between Greece and its creditors over whether the troubled country gets more bailout cash, each side has played its part, refusing to back down. Now time is running out and the politicians behind the opposing steering wheels are dangerously close to getting what neither side wants: a head-on collision.

Greece’s bailout program expires in 11 days and money is draining from the country’s banks. The resulting financial blowup could slip out of control and lead to Greece’s departure from the 19-nation eurozone.

While it would be devastating economically for Greece, some predict it would be manageable for Europe and the global economy. The truth is nobody really knows.

Whether that’s a risk worth taking will be the question facing the government leaders from the 19 countries that use the shared euro currency when they hold yet another emergency summit on Monday.

Greece’s eurozone partners — led by Germany — are willing to lend it more money. But only under conditions, including Greek cuts on spending and tax increases. Greece’s radical left-wing government says such austerity policies are smothering the economy and wants Greece’s debts owed to other eurozone countries partly forgiven.

One crunch date is June 30.

That’s when Greece’s bailout program expires and the last 7.2 billion euros ($8.1 billion) left in it will no longer be available.

On the same day, Greece has to pay the International Monetary Fund 1.6 billion euros ($1.8 billion) and it doesn’t have the money to do so. If it doesn’t pay, it won’t be immediately declared in default by ratings agencies. But the IMF also says it wouldn’t be able to lend Greece new funds until the arrears are taken care of.

As the days go by and Greece and its creditors bet the other side will fold, the risk is that the politicians will be overtaken by events. The threat many economists cite as the major one: the possibility of a run on the banks in Greece.

The Greek government could try to stem that by imposing limits on withdrawals.

If the banks are seen as failing and the government is defaulting on its obligations, the European Central Bank would eventually face a decision on whether to end the emergency credit it allows Greeks banks to draw on to survive. The ECB, which represents all 19 eurozone countries, would be risking losing central bank money on a failing banking system.

Out of euros, the Greek government might have to print a new currency to rescue the banks and to pay its bills.

So far, Greeks have been holding on. There has been no bank run, more like a slower “bank jog,” with no big lines in front of cash machines. Still, the outflow of money from Greek banks appears to have picked up this week.

But pulling the plug on Greece is the last thing the ECB wants to do. It wants the politicians to choose, not unelected central bankers, whether Greece is in or out of the euro.

Cutting off banking support would be “a profoundly political decision,” says Commerzbank chief economist Joerg Kraemer. “The ECB will therefore delay its decision for as long as possible.”

So what Greece could be heading for, within just a few days, is an unsettling twilight zone where it is running out of cash, remains cut off from borrowing on financial markets, has imposed limits on bank withdrawals and is missing debt payments.

And where would that all end?

Kraemer says that all depends on the big political question: “whether the creditors actually want to keep Greece in the monetary union.”