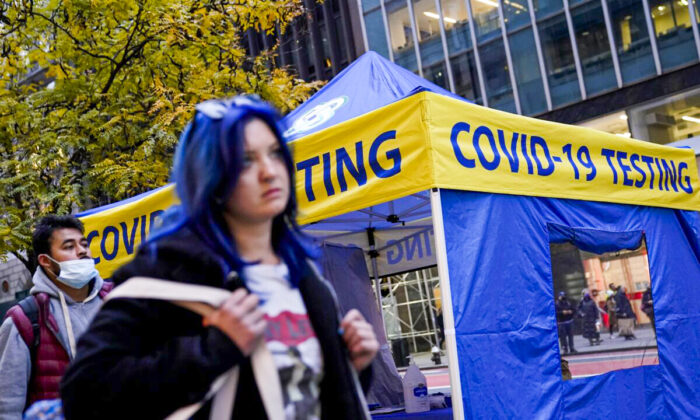 A 30-year-old fully vaccinated Minnesota man who received a booster is one of the first confirmed cases of the COVID-19 Omicron variant, he revealed on Monday.

Peter McGinn said he attended an anime convention in New York City in late November and later said that he tested positive for COVID-19, the illness caused by the CCP (Chinese Communist Party) virus, when he returned to Minnesota.

“I felt perfectly safe with the people that I was with, and so it never really crossed my mind to think that I had COVID,” McGinn told ABC News in an interview published Monday. “I was just a little taken aback.”

McGinn said that he and other attendees, who are fully vaccinated, went to the anime event. Half of that group, he told ABC, tested positive for the virus.

The positive COVID-19 “threw me for a loop because I really wasn’t feeling sick,” McGinn also told the Star Tribune, adding that he experienced mild symptoms. The Minnesota Department of Health, he said, called him days later to inform him that he contracted the Omicron variant.

The agency asked for names of people who he was with and where they lived for contract tracing, McGinn continued.

“I honestly felt fine the entire time,” he said, adding that he believes the vaccine aided his recovery. “I’m more interested in seeing the results, like if more people get this and their reaction to it.”

The first confirmed Omicron case was reported in California’s Bay Area last week. Little information has been revealed about the person.

So far, according to an analysis of news reports, the Omicron variant has been discovered in about a third of all U.S. states. It came after the World Health Organization described the strain as a “variant of concern” but cautioned that little is known about whether it is more contagious or causes more serious symptoms.

No deaths have been linked to the Omicron variant anywhere in the world.

Reports from South Africa, where it emerged and is becoming the dominant strain, suggest that hospitalization rates have not increased alarmingly.

“Thus far, it does not look like there’s a great degree of severity to it,” Fauci said. “But we have really got to be careful before we make any determinations that it is less severe or it really doesn’t cause any severe illness, comparable to” the Delta variant.