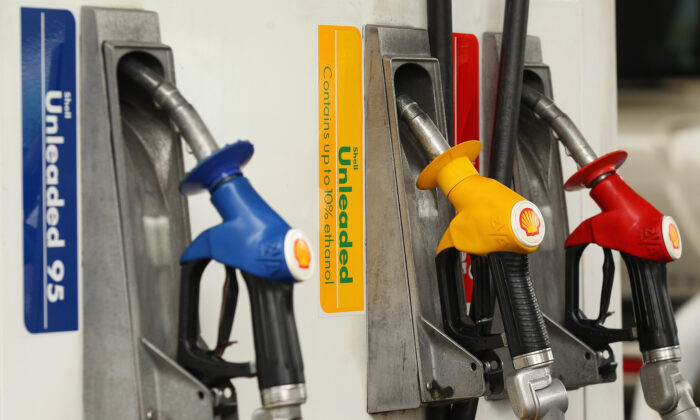 A spike in petrol prices to well above $2  (US$1.46) a litre will hit hip pockets everywhere from the bowser to supermarket shelves, experts are warning.

The warning comes as two Nationals MPs call on the federal government to cut the fuel excise as petrol prices continue to climb towards $2.20 (US$1.60) a litre due to global pressures including the Ukraine-Russia war.

The NRMA’s Peter Khoury says truck fleets now paying more than double the average price of fuel compared to April 2020 will inevitably pass the price hike on to consumers.

“Diesel is the fuel that our economy runs on. Farming, agriculture and mining, transport, small businesses that run fleets,” he told the ABC on Monday.

“This is coast to coast and we have never seen anything like it in history. Your family will feel it at the bowser, in the supermarket aisles and everywhere else.”

Senator McDonald says the government should also look at pausing at least a portion of the excise.

“We just can’t afford to absorb the prices that we’re looking at currently,” McDonald told the ABC.

Webster has contacted Treasurer Josh Frydenberg about providing relief at the bowser.

The government is also facing pressure from Liberal premiers over the tax.

South Australian Premier Steven Marshall—who will face voters at the ballot box this weekend – has called for the excise to temporarily be halved as he fights to retain government.

New South Wales Premier Dominic Perrottet says he would welcome any cut in the excise to ease the soaring cost of living, while Tasmanian Premier Peter Gutwein has also lobbied the government for a cut.

While not ruling out a cut to the excise ahead of the federal budget being delivered on March 29, Prime Minister Scott Morrison says any cut might not make a difference given petrol prices have risen from around $1.70 (US$1.24) to $2.20 (US$(1.60)—more than the full cost of the excise.

“The things we can do, we do, and the things we can’t do anything about, well, we understand them and work with other countries around the world to try and relieve those pressures,” he told the Nine Network on Sunday.

Senior Liberal MP Tim Wilson said the tax was there to pay for roads and any cut would need to be balanced against a loss of revenue for the government.

“All options will be explored in the lead up to the budget … but we also have to look at the trade offs,” the assistant minister told Sky News.

“There are a lot of roads that need to be repaired across the country, including a lot of national roads and we have to make sure we have the money to rebuild them.”

The fuel excise is expected to raise almost $50 billion over the next four years, with almost $47 billion to go toward land transport projects, according to the Australian Automobile Association.

Wilson said releasing fuel reserves would only be a temporary solution if global instability underpinned by Russia’s invasion of Ukraine caused the price of oil to soar.

“The point of fuel reserves is to make sure we have the fuel reserves necessary in a time of crisis—we live in a very uncertain world right now.”

Australia joined 30 countries in releasing a combined 60 million oil barrels from reserves to stabilise prices after Russia’s invasion of Ukraine caused a spike in prices.

Thirty million barrels of oil will come from the U.S. strategic reserve.