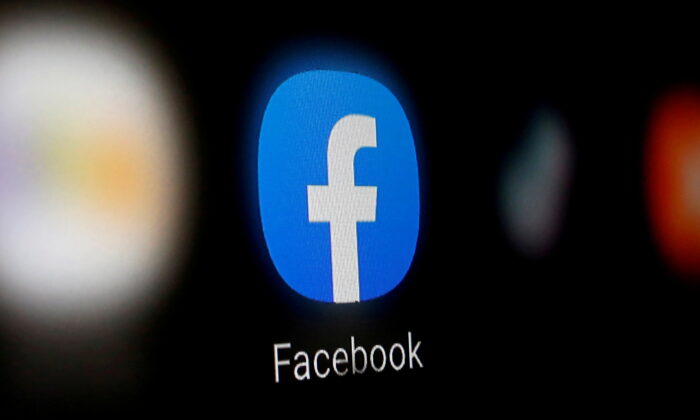 A Facebook logo is displayed on a smartphone in this illustration taken Jan. 6, 2020. (Dado Ruvic/Illustration/Reuters)
Social Media

The Federal Trade Commission (FTC) has filed an amended complaint in its ongoing antitrust case against Facebook, accusing the social media giant of illegally buying up innovative competitors and crushing partner app developers in a bid to “moat its monopoly.”

The FTC filed its revised complaint (pdf) on Aug. 19 in the U.S. District Court for the District of Columbia, following the court’s June 28 ruling that dismissed the FTC’s initial complaint on grounds of insufficient evidence or explanation for how the agency determined Facebook controls more than 60 percent of the social media networking market. After the judge tossed the case in June, the FTC requested—and was granted—an extension to refile its lawsuit.

The amended complaint, which is significantly longer than the original, argues that Facebook dominates the U.S. social networking market and includes additional data and evidence meant to support the FTC’s claim that Facebook is a monopolist.

A Facebook spokesperson told The Epoch Times in an emailed statement that, “it is unfortunate that despite the court’s dismissal of the complaint and conclusion that it lacked the basis for a claim, the FTC has chosen to continue this meritless lawsuit.”

“There was no valid claim that Facebook was a monopolist—and that has not changed,” the spokesperson insisted.

The FTC said in a statement that, as innovative competitors threatened Facebook’s dominance during the mobile boom of the 2010s, the social media giant embarked on an unlawful “anticompetitive shopping spree” to snap up rivals, including up-and-comping Instagram and WhatsApp, to “cement its monopoly.”

“By pulling this bait and switch on developers, Facebook insulated itself from competition during a critical period of technological change,” the FTC said in a statement. “Developers that had relied on Facebook’s open-access policies were crushed by new limits on their ability to interoperate.”

Not only did Facebook’s actions harm developers, they also “deprived consumers of promising and disruptive mavericks that could have forced Facebook to improve its own products and services,” the FTC alleged.

The complaint also accuses Facebook of engaging in other activities that have “degraded the user experience, including the misusing or mishandling of user data,” citing as an example serious user privacy abuses in 2019 that led to the FTC bringing charges against Facebook that ended with a settlement and a $5 billion penalty.

“The FTC’s action today seeks to put an end to this illegal activity and restore competition for the benefit of Americans and honest businesses alike,” Holly Vedova, FTC Bureau of Competition Acting Director, said in a statement.

The Facebook spokesperson defended the company’s acquisition of Instagram and WhatsApp, saying the purchases were reviewed and cleared years ago, while insisting that Facebook’s platform access policies for developers were lawful.

“The FTC’s claims are an effort to rewrite antitrust laws and upend settled expectations of merger review, declaring to the business community that no sale is ever final,” the spokesperson said.

“We fight to win people’s time and attention every day, and we will continue vigorously defending our company,” the spokesperson added.

Facebook has until Oct. 4 to respond, with the company saying on Twitter that it is reviewing the amended complaint and will have more to say soon.