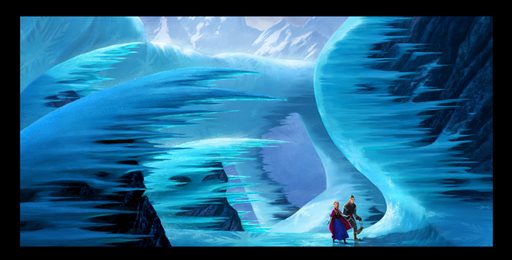 This publicity photo released by Disney shows a scene from the animated film, "Frozen, " which hits the big screen Nov. 27, 2013. More than 45,000 fans are expected at this weekend's D23 Expo, a three-event celebration of all things Disney at the Anaheim Convention Center. On the animation front, the studio will showcase Walt Disney Animation Studios' computer-generated adventure "Frozen" and Pixar's prehistoric comedy "The Good Dinosaur" during a Friday presentation, as well as the "Finding Nemo" sequel "Finding Dory," the manga-style Marvel adaptation "Big Hero 6" and the new Mickey Mouse short film "Get a Horse!" (AP Photo/Copyright Disney)
Entertainment

‘Frozen’ Breaks All Kinds of Records; Parents Have Polarized Reactions to Success

Disney’s ‘Frozen’ has held the No. 1 spot for over 2 months on Japan’s box office sales, surpassing $156 million which put the film in the top 10 highest grossing films of all time in the country.

The Oscar-winning soundtrack of the Oscar-winning film, ‘Let It Go,’ has also help the number one spot for two weeks, and has remained in the top ten for the past two months, wrote The Hollywood Reporter.

‘Frozen’ has made over $1 billion in sales worldwide.

This success adds to the already built up attention for the song, after it earned songwriters Bobby Lopez and Kristen Anderson-Lopez golden records, and has sold close to three million copies. ‘Let It Go’ also broke records on Billboard 200 where it spent 13 weeks at No. 1.

But the overplayed tune has slowly become somewhat of a burden for parents who are getting tired of the replay button. Art Morath who has two daughters aged 9 and 4, has been enduring the song all along.

“That’s the biggest problem – that they know all the words. The songs themselves aren’t that bad,” Morath wrote in an email to The Christian Monitor.

Although some parents, like the couple Sam and Nia who posted a video of themselves singing to ‘Love Is an Open Door,’ proved that not all parents are sick and tired of ‘Frozen.’ Their video has been viewed over 12 million times on Youtube.