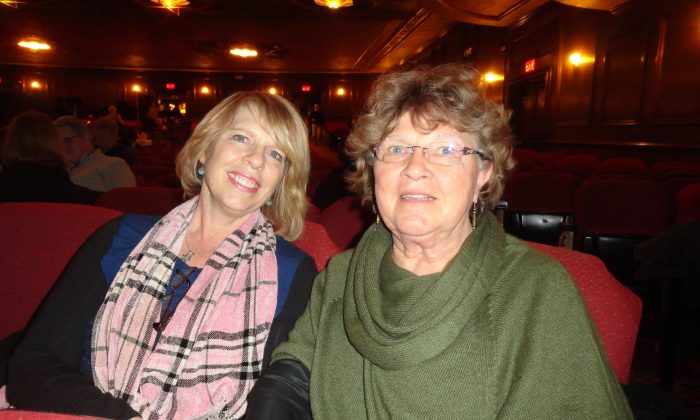 ROCHESTER, N.Y.—Rochester audiences couldn’t get enough of tenor Tian Ge on Saturday night, Feb. 6, during Shen Yun Performing Arts’s performance at Rochester Auditorium. The hall was booming with applause for his first song and then the encore.

His first song “Life is Fleeting” encouraged listeners, to be strong and have faith: “I must take charge before life passes by/And finally discover my true purpose.”

“The tenor was absolutely wonderful, said audience member Ann E. Doran who was in the audience that night.

Shen Yun, the world’s premier classical Chinese dance and music company, is comprised of leading artists from around the world, committed to bringing on stage performances inspired by 5,000 years of civilization as well as its fundamental values, such as compassion, loyalty, kindness, and bravery, according to the company program book.

“The words to the song were very spiritual and very contemplative,” Ms. Doran noted, adding it was “a message of hope.”

Ms. Doran, a VP at Auburn Community Hospital, had seen Shen Yun the week before in Syracuse and came this time to Rochester with her friend Jean Mabry.

“When my friend came to visit me from Tennessee, I knew I had to bring her to see the show,” said Ms. Doran. “This is my second show, and it’s just as wonderful this weekend as it was last weekend.”

Ms. Mabry, a dance school owner, was grateful to be there. “The dance is just lovely,” she said and noted both the beauty of the artistry and the spirituality it emanated.

Ms. Doran was also taken by the beauty of the dancing. “I just love watching the women glide across the floor. It looks like they’re floating on air.”

She was also impressed by the men’s dancing, too. The performance that stood out the most for the Mongolian dance “Drums of the Grasslands,” in which the performers dance with thin-skinned paddle drums in the open plains.

Ms. Doran was fascinated by the dance, but had no words to describe it. “I don’t know what’s so special about it, but it’s a wonderful dance.”