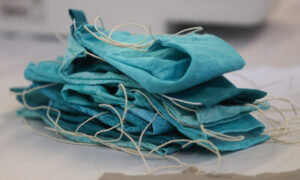 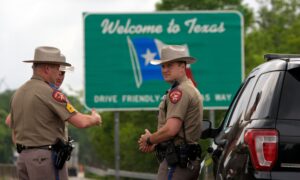 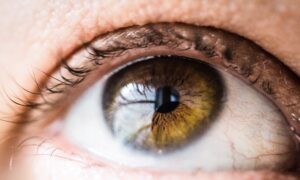 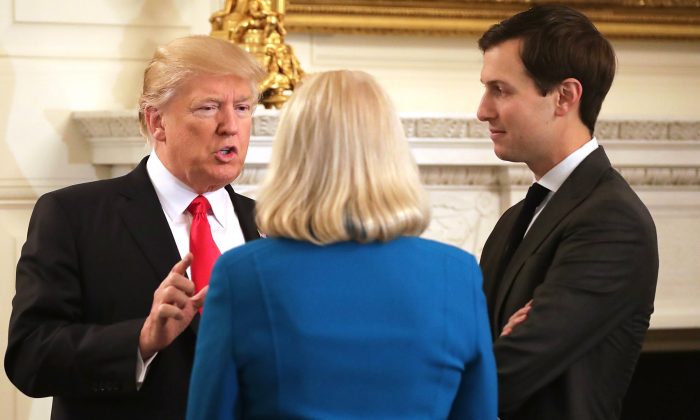 President Donald Trump (L) and his son-in-law and Senior Advisor Jared Kushner (R) talk with IBM CEO Ginni Rometty at the beginning of a policy forum in the State Dining Room at the White House in Washington on Feb. 3, 2017. (Chip Somodevilla/Getty Images)
US

On Friday, Feb. 3, the conservative-leaning pollster found that 54 percent of U.S. voters approve of the job Trump is doing. About 46 percent disapprove of Trump’s job performance.

Rasmussen’s poll on Thursday showed that 53 percent of voters approve and 47 percent disapprove.

Friday’s poll numbers come a week after Trump signed an executive order to temporarily bar citizens from seven countries from entering the United States for 90 days.

According to Rasmussen: “The latest figures include 41% who Strongly Approve of the way Trump is performing and 38% who Strongly Disapprove. This gives him a Presidential Approval Index rating of +3.”

The poll has more, saying that some 50 percent of voters believe America more divided after eight years under former President Barack Obama.

Morgan Freeman on Trump: ‘What I see is a guy who will not lose’

But, as Rasmuseen noted, Americans are far more optimistic about their economic future since Trump’s election as president.

Daily tracking results are collected through telephone surveys of 500 likely voters per evening, and it has a margin of error of 2.5 percentage points with a 95 percent level of confidence.

But a new Gallup poll on Thursday found that Trump is moving “too fast” in implementing his presidential agenda.

About 47 percent of poll respondents said they believed the president is moving too quickly. Another 35 percent told Gallup they found his pace “about right.”