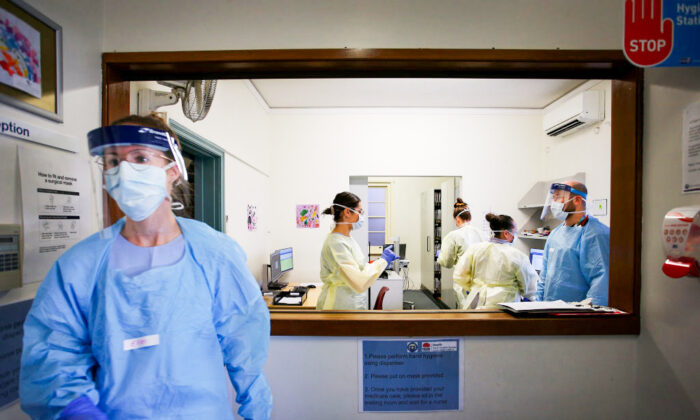 Health Professionals Risk of Conflict of Interest Even From Routine Meals Sponsored by Drug Firms: Expert

Frequent interaction between pharmaceutical firms and health professionals increase the likelihood of a conflict of interest, according to one expert.

Associate Prof. Barbara Mintzes at the University of Sydney told The Epoch Times there was a correlation between a health practitioner being invited to lunch by a pharmaceutical representative, and the practitioner later promoting that same drug.

The study also found a dose-response where “the more meals provided; the more likely doctors are to prescribe the product.”

Mintzes said that while the decision may not be conscious she noted that “we’re all human and there is a tendency to reciprocity whether we’re conscious of it or not.”

Prior to 2015, Medicines Australia required its member companies to publicise each event they had sponsored, including information of the event such as the number of health professionals and who had attended, how much money was spent and what was spent on with spending on food and drinks by far the most common.

From Medicines Australia’s data from 2011 to 2015, Mintzes’s team found that on average, corporate sponsored events for pharmaceuticals were being held at hospitals and universities over 600 times every week, averaging 30 attendees per event.

However, since October 2015, Medicines Australia changed its codes of conduct from requiring food and drink payments being reported to have companies only listing clinicians they provided funding for.

Whilst this enhanced transparency around the identification of individual health professionals, subsequent studies led by the University of Sydney also observed a 34.1 percent reduction in disclosed spending in 2016 and decreased expenditure reports in the year following.

Underreporting of Conflicts of Interests in Pharmaceutical Studies

Despite Medicines Australia’s change in 2015, Mintzes’s recent co-authored study on underreporting of conflicts of interests by health professionals has raised further questions about the limitations of a self-reported system.

The team examined Medicines Australia’s public data and found that nearly half of pharmaceutical trials with Australian authors had omitted or incomplete conflicts of interest declarations when the research team received commercial funding.

Mintzes suggested that there may be a lack in “understanding” of the importance of the full disclosure of conflicts of interests in the entire scientific and publication process” and encouraged more attention by authors and journal editors.

“Now that we have these databases available publicly, where companies are reporting their payments, authors should also be systematically checking themselves in the database to make sure that they have fully reported,” she said.

“This is just an important component of trust and integrity in science,” and reporting industry funding is a “standard throughout medical research.”