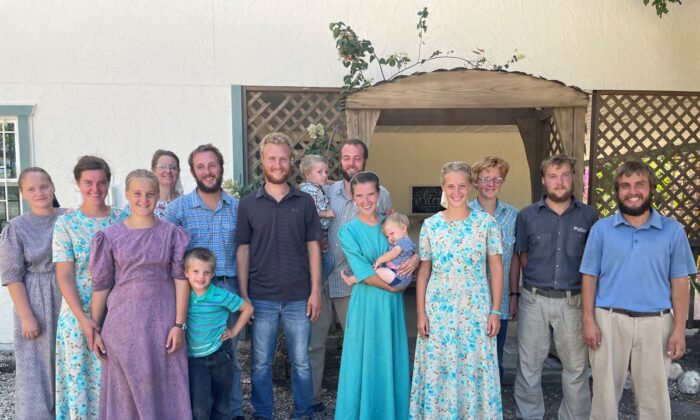 Escaping captors in the middle of the night, 12 Christian Aid Ministries missionaries hiked silently through the moonlit Haitian jungle, pausing at times to pray for the direction that would lead to freedom.

Until now, details of their Oct. 16 kidnapping by the 400 Mawozo gang and their Dec. 15 escape couldn’t be told for security reasons. Even now, Christian Aid Ministries isn’t releasing their names. The missionaries are from Amish, Mennonite, and other Anabaptist communities in Wisconsin, Ohio, Michigan, Tennessee, Pennsylvania, Oregon, and Ontario, Canada.

Originally, 17 missionaries were abducted while on a trip visiting an orphanage. The 400 Mawozo gang demanded $17 million and threatened to kill the hostages unless they received $1 million per person. In time, they released five hostages.

Ohio-based Christian Aid Ministries spokesman Weston Showalter held a press conference on Dec. 27 with details of the experience and photos of the former hostages. Details are from his speech, as told to him by the missionaries.

The 17 took a van to visit the orphanage, 90 minutes from mission headquarters. They arrived at 10 a.m. and stayed until about 1 p.m., using that time to interview children and look over the facility.

Shortly into their drive back, they saw a roadblock. While attempting to turn the van around, they were overtaken by kidnappers who chased them in a pickup truck. The kidnappers blocked their way, surrounded their vehicle, and took control.

The driver was removed, and the others wondered if they would see him again. “As the kidnappers took over their van and drove wildly to get them to a secluded area, our workers prayed out loud and sang the song, ‘The Angel of the Lord Encampeth Round About Them,’” Showalter said.

The hostages were taken to a small house where all 17 were placed in a small room that was approximately 10 feet by 12 feet. Here they were reunited with the driver who had been taken on the road.

“They spent the first night almost sleepless with nearly no space for all of them to lie down. In this small room, there were several mattresses. Some sat up, some stood, some laid down, and everyone endured heat, mosquitoes, and uncertainty,” Showalter said.

Soon their days fell into a pattern of worship in the morning with singing and praying, sometimes until noon. They were allowed to go outside during the day.

They prayed at 1 p.m. daily to be freed.

The kidnappers fed them, but they faced hunger. Some foods provided included Haitian breakfast spaghetti, a half hard-boiled egg per person, corn mush, scrambled eggs, rice and beans with fish sauce, and sometimes vegetable paste. On Thanksgiving, they got a traditional Haitian stew.

They were moved several times, and in one location, they had coconuts.

“Although they received food each day, they were often still hungry after eating what was given to them,” Showalter said. “They provided large amounts of baby food for the small children, for which we are so thankful. Babies are precious, and even the guards enjoyed talking to little Laura. As you will notice in the pictures, the little children seemed to get sufficient food.”

The kidnapped were given basic hygiene items such as toothbrushes and toilet paper, although the supply was limited at times.

They tried to soothe their sores by boiling water and adding ashes to it, then soaking their feet in this mixture.

In the evenings, they talked, sang, and prayed.

“In times when they faced fear and danger during the night, they prayed that God would wake believers around the world and nudge them to pray for them. And that truly did happen. On this side, we hear of people who were awakened at night with a sense of urgency to pray.”

The hostages set up an around-the-clock prayer schedule, each praying for a half-hour during the day and an hour at night. One hostage would pray during his time slot, then pass the watch to the next hostage to continue the prayer.

“The hostages were able to develop a sense of relationship with the hostage-takers. Our staff encouraged them to find another way to provide for themselves, by working the land and using the resources that God has given,” Showalter said.

“They assured the hostage-takers of their love for their souls. They pointed them to Jesus. The hostages spoke to the gang leader on several occasions, boldly reminding him of God, and warning him of God’s eventual judgment if he and the gang members continue in their ways.”

Various hostages wanted to attempt an escape, but it took them a while to all agree on when and how. Ultimately they unified around a plan and prayed for God to give them a sign.

“On several occasions, they planned to escape, but they had decided if specific things didn’t happen, they would accept that as God’s direction to wait,” Showalter said. “Twice when they planned to escape, God gave clear signs that this was not the right time. On both occasions, on the very minute they had discussed, the exact thing took place they had requested as a sign. God was at work, but the timing was not right.”

They decided to attempt their escape the night of Dec. 15.

During the night, they put on their shoes and packed pouches of water in their clothes. They stacked their mattresses in a corner and prepared to leave.

“When they sensed the timing was right, they found a way to open the door that was closed and blocked, filed silently to the path they had chosen to follow, and quickly left the place they were held, despite the fact that numerous guards were close by,” Showalter said.

“In the distance, they could see a mountain feature they recognized. They had identified this landmark before and knew this was the direction to go. They also followed the sure guidance of the stars as they journeyed through the night, traveling northwest toward safety.”

Night turned to day, and after hours of walking, they found someone who helped them make a phone call for help. Later that day, the Coast Guard flew them to Florida.

“As we rejoice, we also remember that many others are still waiting and praying for the release of their loved ones who are being held hostage,” Showalter said.

“Many Haitian people continued to be kidnapped. Their families struggle under the demands and threats of hostage-takers. Even if they are released, they find themselves facing ongoing difficulties. We admire the resilience of the many Haitians who face difficulties with faith that God is with them.

“The hostages desire that God be glorified for the way He cared for them during their time in captivity and arranged for their deliverance,” Showalter said and emphasized the Bible verse John 8:36, “If the son makes you free, you shall be free indeed.”

“Freedom is not a place. Our staff members who were held hostage would confirm that. They say that despite the difficulties, they experienced freedom even as they were being held, facing uncertainty. In their minds and in ours, the hostage-takers are the true hostages. God invites all of us, including the kidnappers, to seek and find freedom, through Jesus, from the bondage of sin.”