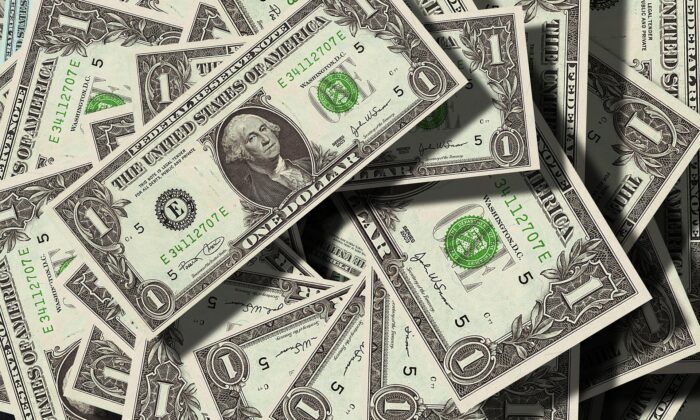 Fraudsters Go Where the (COVID-19) Money Is

In June 2020, eight guys in Brooklyn put their heads together, according to the U.S. Department of Justice, and came up with a scheme to steal strangers’ identities and take what didn’t belong to them.

Just a couple months before that—in the earliest days of the COVID-19 scare—Congress passed a $2.2 trillion bill called the Coronavirus Aid, Relief, and Economic Security Act. The money was supposed to go to the millions of isolated Americans who had their paychecks interrupted during the pandemic.

The mooks in Brooklyn had other plans.

This gang of eight, ranging in age from 18 to 25, submitted some $2 million worth of fake unemployment claims for CARES Act assistance. And they got away with it for nearly a year, according to the feds. Several of these criminals stupidly posted online photos of themselves flashing stacks of money. Others were caught on ATM cameras withdrawing their free cash. Busted!

The more Uncle Sam giveth, the more criminals taketh away. And it wasn’t just the Brooklyn gang. Besides extra money for bigger unemployment checks, Congress allocated nearly $350 billion for Small Business Administration loans to be doled out by vendors at some 3,800 financial institutions.

Now we find out that just one of those lenders, an online firm called Kabbage, OK’d more than $7 million to go to fake companies, mostly nonexistent farms. Speed in disbursement was the name of the game, and apparently, vetting applications was lax. Many entities seeking loans from Kabbage seemed fishy. Farms and cattle ranches on a New Jersey sandbar? An orange grove in Minnesota? A potato field in ritzy Palm Beach, Florida? All were phony baloney.

The SBA’s inspector general now estimates that close to 100,000 loans went to businesses that were ineligible or got more cash than they should have. As of late March, the DOJ has brought criminal fraud charges against 474 people who sought to rake in a collective $570 million.

It’s great that the feds caught up with these cheaters, but there must have been a better way to administer this program from the get-go, right? Simply relying on after-the-fact prosecution is like trying to chase the horse after it bolts through the open barn door.

An acquaintance tells me he was expecting a small relief payment on a debit card but it never arrived. His wife called to trace it, but the automated system required her to punch in the number on the card—which, again, they never received. A typical government Catch-22. They ultimately gave up and are still wondering who got their $318 debit card.

The point is there has been so much money flowing out of the U.S. Treasury over the past year that the task of keeping track of all of it seems futile. Trillions of dollars in aid have already been approved by Congress; trillions more are under consideration.

This isn’t monopoly money, folks. And according to The Wall Street Journal, billions of dollars already pumped into the U.S. economy are still sitting there. Between the CARES Act and the companion American Rescue Plan Act, more than $32 billion earmarked just for pandemic-ravaged hospitals remains unspent. They can’t spend their money fast enough to make the June 30 deadline, so hospitals are seeking an extension.

The Rescue Plan also allocated a windfall $350 billion for states to help spur a post-pandemic recovery. Some states will be swimming in surplus dough, but who in Washington will be checking to see if the lengthy spending rules for that money are actually being followed? Let’s hope the supervision is better than what occurred with the Kabbage loans.

It’s time to remember the reported words of notorious criminal Willie Sutton. When asked why he robbed banks, he is said to have answered, “Because that’s where the money is!”

Whether Sutton actually uttered those words is in dispute, but this is a certainty: The criminal element will flock to wherever there is an abundance of cash and lax oversight. Today, money is being printed and is flowing out of the U.S. Treasury at a ferocious pace. Calculating criminals are making plans.

When the U.S. government isn’t diligent, taxpayers lose. It’s abundantly clear that conscientious oversight isn’t being practiced. I say, no more money bills until that changes.

Diane Dimond
Follow
Diane Dimond is an author and investigative journalist.
More articles from this author
Police Can Legally Lie to You—in Most States
sharecomments
Those Who Ignore Crime Are Just as Culpable
sharecomments
Let’s Get It Together on Marijuana Laws
sharecomments