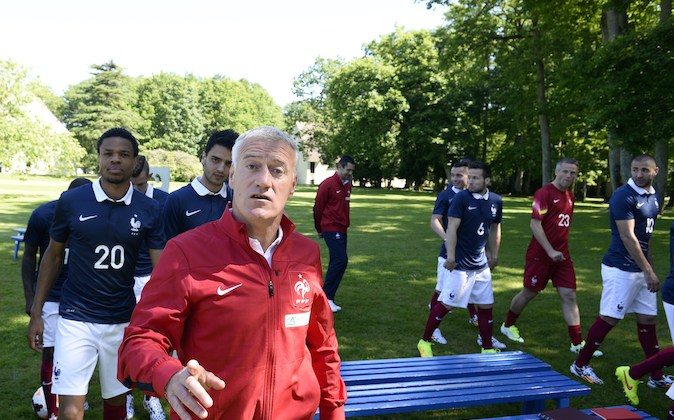 France will take on Jamaica in an international friendly match on Sunday, June 8.

The game will be broadcast on TF1 in France.

Live stream is available on Gol Stadium for subscribers.

France coach Didier Deschamps will need to use this final pre-World Cup game to look for a replacement for Franck Ribery.

The mercurial Bayern Munich winger had to pull out of the squad on Friday with a back injury after an MRI scan ruled him out from playing.

Olympique Lyonnais midfielder Clement Grenier is also set to miss the World Cup as he injured his groin in training on Thursday.

Montepellier’s Remy Cabella and Southampton’s Morgan Schneiderlin have been called up as replacements, and would likely feature against Jamaica.

Although Deschamps has injury issues, he has thus far been able to keep the peace in the French squad. This is a remarkable feat seeing how discontent and scandals in the 2010 World Cup and 2012 Euros prevented France from playing well on the pitch.

New York Bulls striker Thierry Henry is confident that Deschamps will keep the team together.

“He can keep everyone happy,” the former Arsenal man told the London Evening Standard.

“I don’t know what it is with him but it is not luck anymore. He is working well and hard; he has all the tools to make the team happy and perform.”