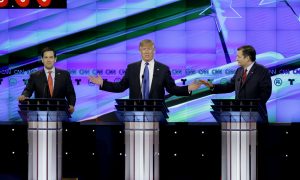 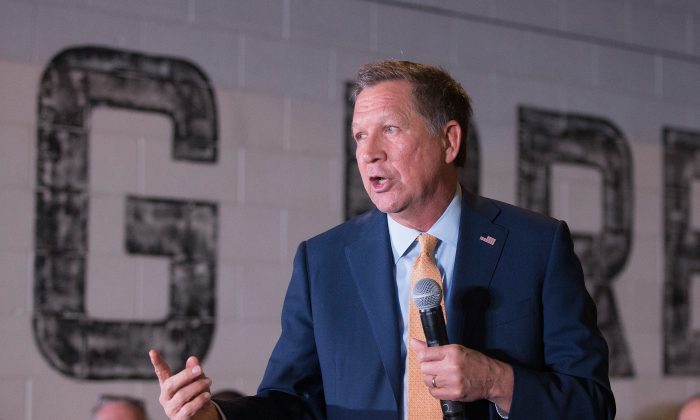 The latest Fox News poll has some good and bad news for Republican nominees looking to score big wins in their home states.

In Ohio, the poll has home state Governor John Kasich beating Donald Trump by 5 percent, and sees Marco Rubio behind Trump in his home state of Florida by 23 percent. This is the only recent poll that Kasich has had better numbers than Trump in Ohio.

Both Ohio and Florida go to the polls on Tuesday, March 15, and in both states the overall winner takes all the delegates.

Kasich Bets Everything on Ohio

In the Fox News poll, Kasich is ahead with 34 percent to Trump’s 29 percent of the vote. One of the most significant reasons for Kasich’s surge is an approval rating of 79 percent among the Ohio Republican Party.

He has also gotten a number of influential endorsements including Ohio State Head Coach Urban Meyer on Thursday March 10. This comes only two days after former Governor of California Arnold Schwarzenegger endorsed Kasich via Snapchat:

Ohio is one of the most important states in the primary and general election. It has 66 primary delegates, and if Kasich wins, he would get all the delegates. It would also be the first win for the governor who trails in the delegate count with only 54, compared to the 968 delegates for the other three candidates combined.

In past elections, the demographic makeup and large portion of delegates has made Ohio one of the contentious “swing vote” states that can go either way.

Kasich’s latest surge in the state is a good sign for his overall strategy to go to a brokered convention and discredit Donald Trump as the Republican nominee.

Like Kasich, Florida Senator Marco Rubio has gone all in hoping to win his home state of Florida in an attempt to have leverage if the nomination came down to a brokered convention.

However, Rubio’s numbers aren’t stacking up to Trump’s, with the frontrunner polling 43 percent to Rubio’s 20 percent in the latest Fox News Poll. To make matters worse, Ted Cruz is closing on Rubio’s second place spot with 16 percent.

Rubio has had a lull in his campaign in the last couple weeks, and has only racked up two wins all told, one in Minnesota and one in Puerto Rico for a total of 151 delegates. By comparison, Trump leads with 458 delegates.

Florida takes center stage on Thursday night with a CNN debate hosted in Miami. It will be one of Rubio’s last chances to make a stand going into next week’s primaries.