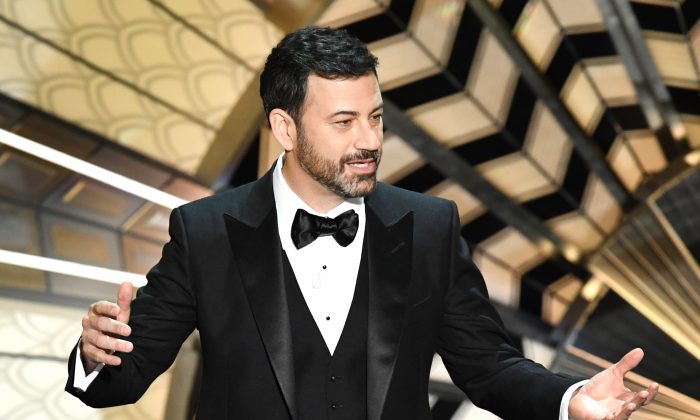 “And you know, the reason I’m talking about this is because my son had an open heart surgery, then has to have two more,” Kimmel said Wednesday, Sept. 20. “And because of that, I learned there are kids with no insurance in the same situation. I don’t get anything out of this, Brian, you phony little creep.”

“Oh, I’ll pound you when I see you,” he then said to cheers from the audience. Kimmel also accused Kilmeade of asking him to write a blurb for his book, saying he’s “dying” to be part of the “Hollywood elite.”

In a response, Kilmeade wished Kimmel and his son—who underwent heart surgery—well.

“I hope your son gets better. I hope your son gets all the care he needs. I’m glad you’re interested, you’re doing a great job bringing the dialogue out. But you should actually do what we’re doing. Talk to the people that wrote it, Senator Graham, Senator Cassidy, asking the tough questions to Michael, and we’ll see where we go from here,” Kilmeade replied.