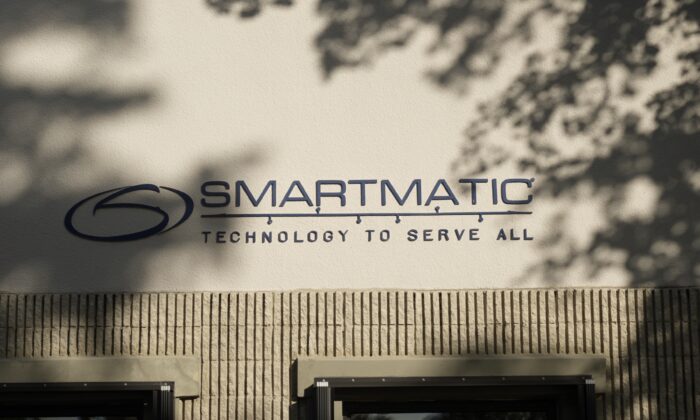 Fox News on Friday ran a segment challenging a number of claims about election software firm Smartmatic, after the company threatened to sue the network over what it said was the publication of “false and defamatory statements.”

Smartmatic last week threatened litigation against Fox, Newsmax, and OANN, announcing that Smartmatic had sent a number of retraction demand letters which “identify dozens of factually inaccurate statements made by each of the organizations as part of a ‘disinformation campaign’ to injure Smartmatic and discredit the 2020 U.S. election.”

Fox aired what had the marking of a retraction in a segment anchored by Lou Dobbs on Friday and was expected to run it repeatedly over the weekend on several other Fox News Channel programs.

Dobbs introduced the segment by saying, “There are lots of opinions about the integrity of the election, the irregularities of mail-in voting, of election voting machines and voting software,” before introducing Eddie Perez, an expert for the independent Open Source Election Technology Institute, who was asked to address several claims.

One of the questions posed to Perez was whether he has seen any evidence that Smartmatic software was used to flip votes anywhere in the United States in the November election.

“I have not seen any evidence that Smartmatic’s software was used to delete, change, alter anything related to vote tabulation,” Perez responded.

He also said Smartmatic has denied having any relationship with Dominion Voting Systems, another company that makes election equipment and software, adding that Smartmatic software was used in just one county in the United States in the November election.

Another question Perez fielded was whether there is any connection between billionaire activist George Soros and Smartmatic.

“I’m not aware of any direct connection between George Soros and Smartmatic,” he said. “It is my understanding that an executive at Smartmatic has some sort of relationship with one of Soros’s foundations.”

In the retraction demand letter, Smartmatic confirmed that Lord Mark Malloch Brown, the chairman of SGO—the firm that owns Smartmatic—is the president of Soros’s Open Society Foundation, saying he was recently named its president.

Newsmax on Monday aired a similar segment to the one Fox did.

Smartmatic separately sent a retraction demand letter to attorney Sidney Powell (pdf), alleging she “engaged in a concerted disinformation campaign against Smartmatic” and “appeared on numerous news networks, including but not limited to, Fox News, Fox Business, and Newsmax, and told millions of viewers that Smartmatic was created under the direction of Hugo Chávez, that its software was designed to fix elections, and that Smartmatic conspired with others to defraud the American people and fix the 2020 U. S. election by changing, inflating, and deleting votes.”

Lawyer Lin Wood said he would represent Powell in a defamation suit, and in a letter to J. Erik Connolly with Benesch, Friedlander, Coplan & Aronoff LLP, the firm representing Smartmatic, Wood said: “I have carefully reviewed your letter on Dec. 15, 2020. I am not impressed. Ms. Powell retracts nothing.”

“File your lawsuit,” Wood wrote, with his message retweeted by Powell on Dec. 20 to her more than 1 million followers.

Over the years, Smartmatic has drawn controversy for its management practices, with The New York Times in 2006 saying that “the role of the young Venezuelan engineers who founded Smartmatic has become less visible” and that its organization is “an elaborate web of offshore companies and foreign trusts.”

In June 2017, the Philippine Department of Justice indicted several Smartmatic and Comelec personnel for making changes in an election transparency server during the May 2016 elections in the country, according to media reports.

Various claims have been made about Smartmatic, Dominion, and others to explain apparent voting irregularities that have been blamed for the reversal of President Donald Trump’s initial Election Day lead over Democratic presidential candidate Joe Biden.

Perez said in a social media post later Friday he was “pleased for the opportunity to state the facts” on Fox News.

“We may have criticisms of vendors, but wild allegations unsupported by facts are corrosive to democracy, unity, and national security,” Perez said in a post on Twitter.

The Epoch Times has reached out to Fox News, OANN, and Newsmax for comment, but did not receive immediate replies.