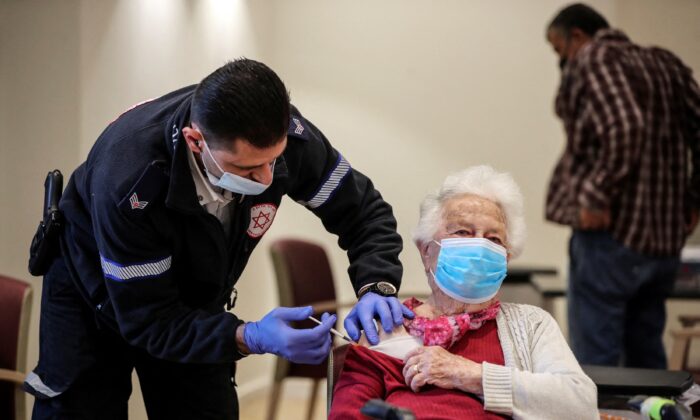 A second booster shot of Pfizer’s COVID-19 vaccine induced antibodies but likely not at a level high enough to protect recipients against infection from the Omicron virus variant, Israeli researchers said Monday.

Sheba Medical Center has been studying 150 health care workers who received a second booster, or a fourth shot.

“Two weeks after administering the fourth vaccine, we see a good increase in the antibodies, higher than after the third dose, but not high enough against Omicron,” lead researcher Prof. Gili Regev-Yochay told reporters in an online briefing.

Omicron has proven better at evading antibodies induced by COVID-19 vaccines than earlier strains and has infected millions of vaccinated people around the world in recent weeks, sparking a renewed effort to get people boosted.

Israel, one of the most vaccinated countries in the world, has seen case rates skyrocket after the emergence of Omicron.

Early data indicated that the first booster restored some of the lost protection against infection, but that the protection again dropped after just a few weeks. Similar results have come in for the second booster, according to preliminary results from the Sheba study, which have not yet been published.

“We see an increase in antibodies, higher than after the third dose. However, we see many infected with Omicron who received the fourth dose. Granted, a bit less than in the control group, but still a lot of infections,” Regev-Yochay told reporters.

While the vaccine protected well against the Alpha and Delta variants, “for Omicron it’s not good enough,” she added.

Researchers later published the study as a preprint on medRxiv.

Israel early this month started offering a fourth dose of Pfizer’s vaccine to the elderly and health care workers, despite little data on how a second booster would affect recipients.

Naftali Bennett, Israel’s prime minister, had promoted earlier preliminary results from the Sheba study that showed a high level of antibodies a week after workers received a fourth dose.

Other countries have also begun offering fourth doses to certain populations, including Denmark and the United States.

Regev-Yochay said the move to offer a second booster to vulnerable populations “is probably correct,” adding, “it may give a little bit benefit, but probably not enough to support a decision to give all of the population.”