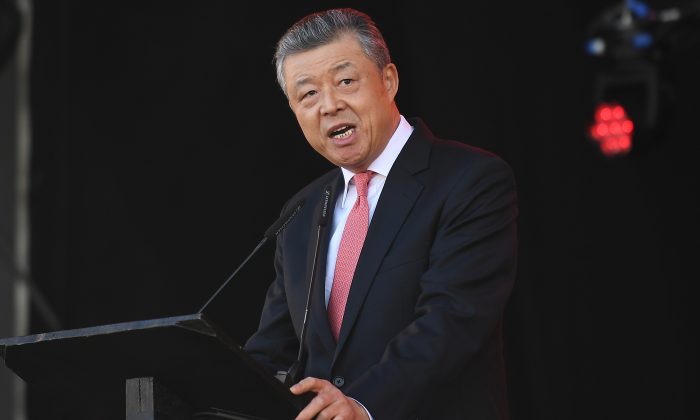 BEIJING—Four British nationals have been arrested in eastern China, the British Embassy in Beijing said on July 12, amid escalating diplomatic tension between the two countries.

The embassy did not comment on the circumstances leading to the arrests in Jiangsu Province. Police in Xuzhou, a city in Jiangsu, said on Tuesday it had detained 19 people on drug-related charges and that 16 of them were foreigners.

The police statement did not identify the foreigners.

Relations between Beijing and London have deteriorated in recent months, partly due to top British officials’ calls for China to honor its agreements on the former British colony of Hong Kong, which has been racked by protests in recent weeks, and China’s human rights record.

The company said in a statement dated Wednesday that it deeply regrets the incident and was cooperating with authorities on the matter.

EF Education First did not immediately comment on a Reuters query Friday regarding the case, including the nationalities of those being held by authorities.

Local police told Reuters the case was under investigation and did not provide further details on the detained individuals.