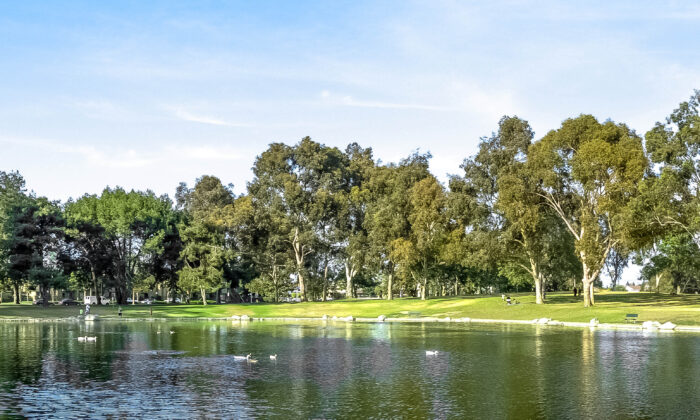 FOUNTAIN VALLEY, Calif.—After years of rising homelessness, Fountain Valley Police have teamed with a local non-profit to clear encampments and offer services which resulted in a 80 percent decline of homelessness in the city’s Mile Square Park, said Councilman Michael Vo during a May 3 council meeting.

The city partnered March 1 with City Net—a non-profit based out of Anaheim aimed at decreasing homelessness through community outreach—and within two months, removed 12 tents of homeless individuals living at the park, which is located in the north of the city next to Fountain Valley Regional Hospital.

Of those living in the tents that were removed, 11 are now off the street and in alternative housing awaiting permanent housing, according to City Net’s Chief Program Officer, Jessica-Avelar Bruce.

“We’ve already seen that arresting our way out of the homeless problem is ineffective,” Police Chief Matt Sheppard said during the May 3 city council meeting. “It doesn’t work … “Care, compassion, and outreach. It works.”

Moving forward, officials said they plan to help clear the remaining tents from the park and will start to work on other parts of the city, specifically in front of local businesses and along roadways.

“This is just the beginning, we’re not stopping here…this is a really good start,” Councilman Glenn Grandis said.

As of early May, the city received a $500,000 grant from the state to use for such programs over the next three years. It currently pays City Net $7,000 a month for its services, according to officials.