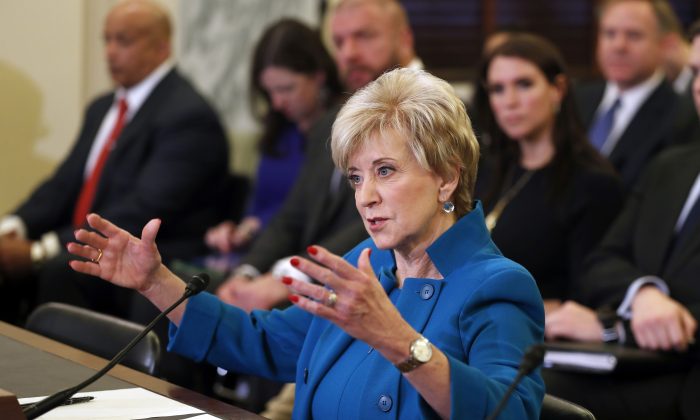 McMahon served as the chief executive officer at World Wrestling Entertainment Inc. before stepping down to run twice for the Senate in Connecticut. She lost both races despite spending some $100 million.

The two Democrats who defeated her—Richard Blumenthal and Chris Murphy—backed her nomination to lead the Small Business Administration.

McMahon helped WWE grow from about a dozen employees into an enterprise with more than 800.