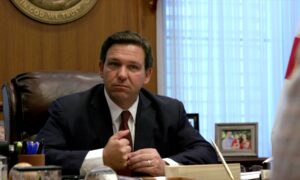 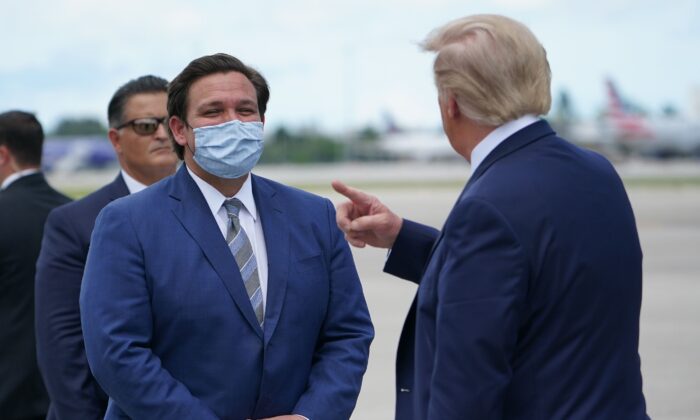 Former President Donald Trump’s former chief of staff is alleging that Florida Gov. Ron DeSantis will not run for president in 2024 if Trump ends up running.

Mark Meadows, who was a congressman before joining the Trump administration, told the Washington Examiner that he knows DeSantis does not want to challenge Trump head on because he recently spent time with the governor.

“Gov. DeSantis has made it very, very clear that he is running for reelection as governor of Florida, but he doesn’t shy away from being very bold in terms of the initiatives that he’s putting forth,” Meadows said. “His reelect for governor is a platform to show that the policies, and the boldness, and, quite frankly, the courage.”

“I think Ron DeSantis is identified across the country now for the courage that he shows for conservative solutions, and he would be the first to say that if President Trump gets in, that he would win the nomination and would clear the field, and so I don’t ever see it being a 2016 primary scenario,” Meadows added.

Trump and DeSantis would both be considered strong Republican candidates if either or both did run for president in the upcoming cycle.

Trump drew some 10 million more votes in 2020 than he received in 2016 and remains popular among GOP voters. DeSantis is widely viewed as a rising star within the party with his strong stances on issues like vaccine passports and law enforcement.

The DeSantis campaign did not respond to a request for comment.

Helen Aguirre Ferré, the executive director of the Republican Party of Florida, told The Epoch Times via email that “we love the President but we are focused on 2022.”

Trump has pegged DeSantis as a possible running mate if he launches a third presidential bid. But DeSantis said earlier this month that he has not talked about that possibility with Trump or anyone else.

“I have a great state, a big state,” the first-term governor said during an appearance on Fox News. “We’ve got a lot on our plates here. We take it one day at a time and try to achieve things for the people of Florida.”

Trump, meanwhile, has indicated he may wait until he sees the results of the 2022 midterm elections before deciding whether to run again.

“If you do it, I think probably the most appropriate time would be right after the ’22 election. That’s my opinion. I could do it sooner, but I think right after the election would be good, especially if you have a good election,” he said in April on “The Dan Bongino Show.”