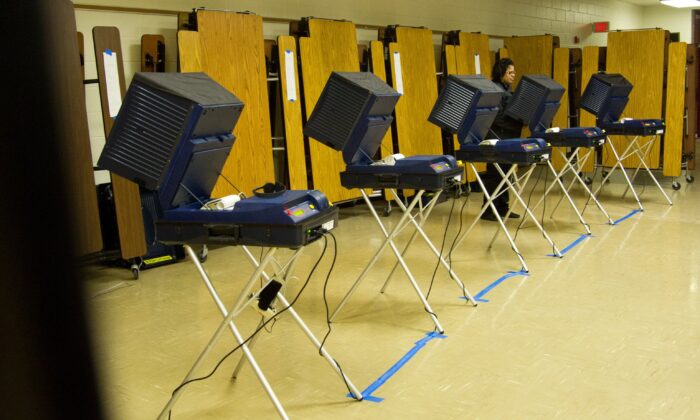 A former Virginia election official faces three charges related to the 2020 election, including corrupt conduct, according to charging documents filed this week.

Michele White, who resigned as registrar for Prince William County in 2021, was indicted on Sept. 6 for three felonies, according to documents reviewed by The Epoch Times.

White engaged in corrupt conduct between Aug. 1 and Dec. 31, 2020, a grand jury charged. That time period encompassed the 2020 presidential election.

White is also accused of making a false statement regarding the election and neglecting her duty as an election officer.

White faces up to 21 years in prison if convicted on all three charges.

White abruptly resigned weeks ahead of the June 2021 primary election, the Prince William Times reported. At the time, the secretary for the Prince William County Electoral Board told the paper that the resignation didn’t relate to White’s handling of recent elections, while White declined to comment on why she resigned.

Pamela Walker, vice chair of the board, declined to comment. “It’s before my appointment to the Board,” she told The Epoch Times in an email.

London Steverson, chair of the board, also noted that the events occurred before he was sworn in.

“I only pray that Justice will prevail,” he told The Epoch Times via email.

Conduct Allegedly Did Not Impact Outcome

White’s conduct didn’t influence the 2020 election results, according to the Prince William County Office of Elections.

“Her conduct did not impact the outcome of any election contest,” the office told The Epoch Times in an email.

Eric Olson, who replaced White, gave information to authorities that led to the charges, according to the office.

“In 2022, the Electoral Board and new Director of Elections have built an entirely new leadership team that is dedicated to fair and accurate elections. Many improvements and best practices have been adopted to ensure a safe and transparent voting experience for the voters of Prince William County. It was the new Director of Elections that reported these discrepancies to the Commissioner of Elections and State Board of Elections earlier this year that led to this investigation by the Attorney General of Virginia,” the office said.

“The Office of Elections has no further comment at this time as this is pending litigation and our office will preserve the office’s records for public review when the matter has concluded.”

Approximately 62 percent of the votes cast in Prince William County for president went for Joe Biden, according to the results the county reported. Donald Trump received 35 percent of the vote, with the rest going for Jo Jorgensen or write-in candidates.

Before White served as the Prince William County registrar, she worked in the same position for Culpeper County.