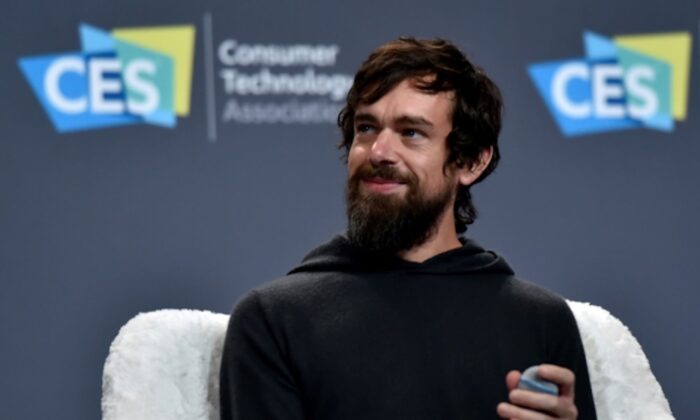 “If the goal is transparency to build trust, why not just release everything without filter and let people judge for themselves? Including all discussions around current and future actions?” Dorsey asked on Twitter, responding to a statement issued by Musk. “Make everything public now.”

Other than Dorsey, some users suggested to Musk that he release all the files via a database, similar to what WikiLeaks had provided for leaked federal government documents.

Last week, Musk handed alleged internal emails and messages to journalist Matt Taibbi, who published several threads revealing how previous Twitter manager’s moved to suppress a New York Post report on Hunter Biden’s laptop and overseas business dealings before the 2020 election. At the time, Twitter content moderators alleged that the Post’s report violated its policy around hacked materials, although it was later revealed that the laptop wasn’t hacked and was merely abandoned at a Delaware computer repair shop for more than a year.

The so-called “Twitter Files” reported by Taibbi and endorsed by Musk, showed that Baker, a former FBI general counsel and Brookings fellow, told Twitter executives to proceed with blocking the story because he suspected it broke Twitter’s rules. Baker was also implicated in court documents filed by special counsel John Durham in a case against former Clinton campaign and Democrat lawyer Michael Sussmann, who allegedly relayed false information about Trump’s campaign to Baker when he was working for the FBI.

“I support the conclusion that we need more facts to assess whether the materials were hacked,” Baker wrote to other Twitter officials in October 2020, according to a screenshot posted by Taibbi. “At this stage, however, it’s reasonable for us to assume that they may have been and that caution is warranted.”

Taibbi also reported that Baker was also headed Twitter’s process of reviewing the “Twitter files” before they were released to journalists. That revelation this week, Taibbi wrote, “surprised everyone involved.”

Musk on Tuesday evening then wrote that he “exited” Baker from the company due to “concerns about Baker’s possible role in suppression of information important to the public dialogue,” although it’s still not clear why Baker was tasked with reviewing files under the new ownership. For his part, Baker has not publicly responded to Taibbi’s reporting or Musk’s statement. The Epoch Times has attempted to contact him for comment.

Later, when asked if Baker was able to explain himself, Musk wrote that “his explanation was … unconvincing.” Minutes later, Taibbi posted his own Twitter thread calling it a “Twitter Files Supplemental.”

“On Friday, the first installment of the Twitter files was published here. We expected to publish more over the weekend. Many wondered why there was a delay,” Taibbi wrote in a post. “We can now tell you part of the reason why. On Tuesday, Twitter Deputy General Counsel (and former FBI General Counsel) Jim Baker was fired. Among the reasons? Vetting the first batch of ‘Twitter Files’ – without knowledge of new management.”

Taibbi then noted Baker’s history working for the FBI and his ties to the widely discredited Steele dossier and the allegations that the Trump campaign had a secret back-channel to a Russian bank. Baker resigned from the bureau in 2018 and joined Twitter in 2020.

“Baker is a controversial figure. He has been something of a Zelig of FBI controversies dating back to 2016, from the Steele Dossier to the Alfa-Server mess,” Taibbi added. “The news that Baker was reviewing the ‘Twitter files’ surprised everyone involved, to say the least. New Twitter chief Elon Musk acted quickly to ‘exit’ Baker Tuesday.”

Last week, Taibbi, citing the internal messages, wrote that Dorsey was unaware of Twitter’s efforts to block the NY Post story. He later publicly apologized and said the incident was mishandled.

Many critics have said the suppression of the Hunter Biden report, which detailed his business ties to then-candidate Joe Biden, by both mainstream news outlets and big tech firms may have been enough to sway the election. The report, much of which was corroborated by a former Hunter Biden associate named Tony Bobulinksi, was heavily referenced by then-President Donald Trump during his second debate with Biden.