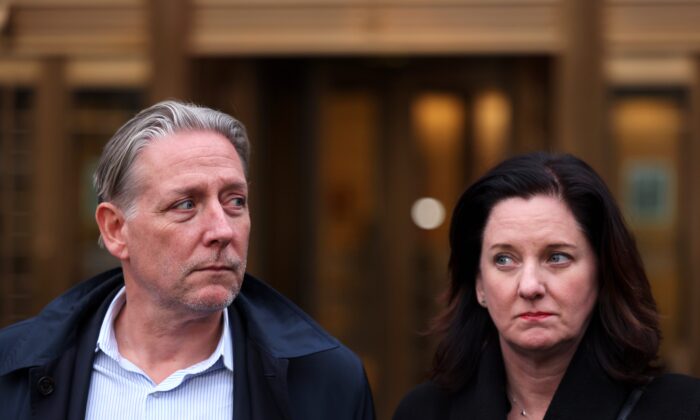 A former top FBI official in New York has been arrested because of his alleged ties to a Russian oligarch, the Department of Justice (DOJ) announced on Jan. 23.

Charles McGonigal, formerly the special agent in charge of counterintelligence in the FBI’s New York Field Office, was arrested because of his ties to Oleg Deripaska, according to a DOJ statement and court documents. Deripaska, a Russian billionaire, has been sanctioned by the United States and was criminally charged in 2022 for violating those sanctions.

Both defendants were arrested on Jan. 21 and made an appearance on Jan. 23 before Magistrate Judge Sarah L. Cave in a Manhattan federal court, the DOJ stated. McGonigal is among the highest-ranking former FBI officials to ever have been charged with a crime.

“As alleged, Charles McGonigal, a former high-level FBI official, and Sergey Shestakov, a Court interpreter, violated U.S. sanctions by agreeing to provide services to Oleg Deripaska, a sanctioned Russian oligarch,” U.S. Attorney Damian Williams said in a statement. “They both previously worked with Deripaska to attempt to have his sanctions removed, and, as public servants, they should have known better. This Office will continue to prosecute those who violate U.S. sanctions enacted in response to Russian belligerence in Ukraine in order to line their own pockets.”

McGonigal joined the bureau in 1996 and initially worked on Russian foreign counterintelligence and organized crime; later, he partook in investigations into the deadly TWA Flight 800 crash, the 1998 terrorist bombings in Kenya and Tanzania, and the Sept. 11 terrorist attacks. He was named special agent in charge of the Counterintelligence Division for the FBI New York Field Office in 2016.

While not referenced by the DOJ, McGonigal was also involved in the FBI’s investigation into Donald Trump’s 2016 campaign adviser Carter Page, according to messages that were released by Senate Republicans. He wrote in March 2017 to a colleague: “Our Team is currently talking to [Carter Page] re Russia.” It isn’t clear what role he had in the probe.

The Jan. 23 court filings say (pdf) McGonigal was charged with violating U.S. sanctions by attempting to get Deripaska off the sanctions list. The former FBI official and Shestakov allegedly agreed in 2021 to investigate a rival Russian oligarch in exchange for payments from Deripaska, according to prosecutors.

“The FBI is committed to the enforcement of economic sanctions designed to protect the United States and our allies, especially against hostile activities of a foreign government and its actors,” FBI Assistant Director in Charge Michael Driscoll said in a statement. “Russian oligarchs like Oleg Deripaska perform global malign influence on behalf of the Kremlin and are associated with acts of bribery, extortion, and violence.”

Driscoll said that both allegedly “acted on behalf of Deripaska and fraudulently used a U.S. entity to obscure their activity in violation of U.S. sanctions” and that “there are no exceptions for anyone, including a former FBI official like Mr. McGonigal.”

Shestakov is accused of lying to FBI investigators in 2021 about his relationship with Deripaska. For that, he was charged with making false statements.

An FBI spokesperson told media outlets on Jan. 23 that McGonigal was arrested at John F. Kennedy Airport in New York on Jan. 21 after returning from a flight from the Middle East.

Details about the attorneys for McGonigal and Shestakov weren’t immediately available.

Deripaska, an aluminum magnate who reportedly has close ties with the Kremlin, was sanctioned in 2018 by the Trump Treasury Department for the “totality of the Russian government’s ongoing and increasingly malign activities in the world.” Forbes magazine lists him among the wealthiest Russians, worth about $3 billion as of January 2023.

In late 2022, he was indicted by the DOJ on a charge of violating recent U.S. sanctions that were imposed in response to Russia’s invasion of Ukraine, according to the agency. Two others—a Russian national and a New Jersey resident—were also charged in connection to the case.

Deripaska is also one of the few Russian billionaires who have called for peace with regard to Russia’s war with Ukraine, saying in March 2022 that “we have already passed a point of no return.” Around the same time, he cautioned that “destroying Ukraine would be a colossal mistake.”