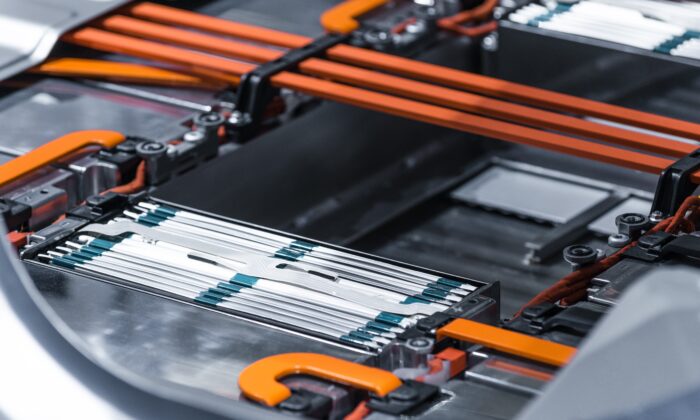 Sila Nanotechnologies, a battery startup founded in 2011 by a former Tesla engineer, announced on May 3 plans for a new plant based in the United States that will mass-produce material for low-cost next-generation batteries with a longer range and is not dependent on manufacturing in China.

“In a commitment to ensure America retains global leadership in the world’s transition to the new energy storage era, Sila, a next-generation battery materials company, today announced the purchase of a facility with more than 600,000 square feet of space located in Moses Lake, WA to be used to manufacture Sila’s breakthrough lithium-ion anode materials at automotive volumes and quality,” announced the company in a May 3 press release.

“Powered with hydropower, the facility is located on 160-acres of land close to rail lines for convenient and efficient shipping,” said Sila.

Sila’s CEO Gene Berdichevsky told Reuters that the company will invest a few hundred million dollars to build the new factory in Washington state, which is set to open in the second half of 2024, with full production beginning in early 2025.

The cost of electric car batteries has yet to fall to a more affordable price as was earlier anticipated, when Tesla jump-started the demand for batteries after its founding in 2003, due to material situations, explained the CEO to Reuters.

Berdichevsky said that his materials could be used to build up to 500,000 chips, which would help lower the cost to consumers, making electric vehicles less expensive.

The battery company had raised an additional $590 million in 2021, raising its valuation to an estimated $3.3 billion.

“The U.S. has always excelled at innovation. Now we must also excel at manufacturing that innovation,” said Berdichevsky, who said that his company “is delivering proven next-generation anode materials today.”

“Our new Washington state plant builds on that momentum offering the manufacturing capacity to meet the needs of our auto partners on their way to a fully electric future. We’ve been working towards automotive quality standards and scale since our start to ensure longer range, faster charge times, and lower battery cost.”

“With this scale-up, we have a pivotal piece to realize the full potential of next-generation materials at the volumes required to make a global impact,” Berdichevsky concluded.

The battery CEO said that Sila’s new plant in Moses Lake would make silicon-based anode materials, which he claims can store 20 percent more energy than anodes that typically use graphite, of which 70 percent comes from an increasingly unreliable China.

Graphite is considered by the U.S. government to be a strategic mineral, but not silicon, which can be found largely domestically.

The Biden administration has said it aims to reduce American reliance on China in the battery supply chain.

Sila claims that its silicon anode allows more lithium ions to be stored in batteries, thus increasing energy density and creating a battery that is cheaper and contains more energy in the same space.

Tesla’s CEO Elon Musk announced a plan in 2020 to use silicon-based anodes in its new batteries, but it is not certain whether it has taken advantage of the new technology.

Sila is currently operating a test production facility at its headquarters in Alameda, California, that can produce battery materials for about 1,000 cars a year, but it is currently limited to making materials used in fitness watches.

Berdichevsky said the company’s new facility aims to deliver annual silicon-based anode production sufficient to power 10 gigawatt hours of batteries in 100,000 electric vehicles, with a goal to increase the capacity of “150 GWh of cells when used as a full graphite replacement or 750 GWh as a partial replacement—enough to power two to ten million electric vehicles per year.”

He said that Sila will address the immediate issue of rapidly expanding production to meet the needs of automakers.

German automaker Daimler AG, meanwhile, has put a minority equity stake in Sila, which also has a contract to produce electric battery materials with its rival, BMW.