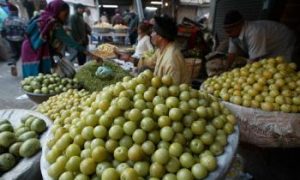 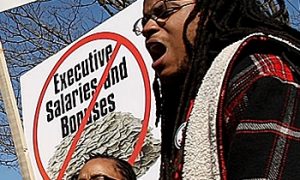 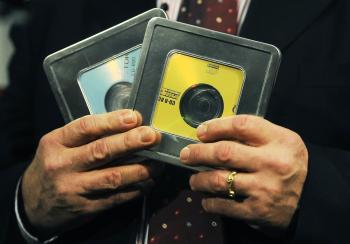 By Jasper Fakkert
Print
A former chief operating officer for the Swiss bank Julius Baer on Monday gave WikiLeaks a list of 2,000 companies and individuals that have possibly evaded taxes.

Rudolf Elmer handed over two CDs containing the lists to WikiLeaks’ Julian Assange in person at a press conference in central London. According to Assange, the data will be looked at and could be published on the organization’s website within weeks.

“What I want to do is to hand this over to WikiLeaks in order to have it investigated and a decision made on it,” Elmer said at the press conference held at the Frontline Club.

Elmer worked in the financial sector for 33 years, including as a CEO for Julius Baer in the Cayman Islands. Elmer was fired from the bank in 2002 over a job dispute, according to his former employer. The bank accused Elmer of having a personal vendetta against it and has dismissed accusations made by him.

Elmer is set to go on trial in Switzerland Wednesday over charges of breaching Swiss banking secrecy laws. The former banker said he has already spent 30 days in Swiss jail.

Rudolf Elmer has been on a quest for some five years already, attempting to reveal offshore banking practices, and challenging Swiss bank secrecy. Speaking at the conference, Elmer said he and his family have faced “a fire-breathing dragon with several heads” after he decided to blow the whistle on the offshore practices of banks.

Commenting on the data at the conference, Assange said, “It concerns very private matters, it concerns information that has been concealed using tricks in the law.”

According to John Christensen from the Tax Justice Network, who spoke at the conference, an estimated $11.5 trillion worth of assets is held offshore by companies and individuals.

Elmer’s leak has been different from most other leaks to WikiLeaks, as they are normally made anonymously. Standing beside Assange, the former banker said that he takes responsibility for the exposition of the documents.

But while Elmer stressed that his aim is solely to expose offshore banking practices to the public eye and wouldn’t reveal any company names or individuals, Assange said the information would be treated “like all other information,” with a “full revelation” of the material likely.

It is not the first time WikiLeaks and Julius Baer will have crossed swords. In 2008, the bank filed a lawsuit against WikiLeaks for posting financial documents on its website that allegedly showed tax evasion by clients of the bank.