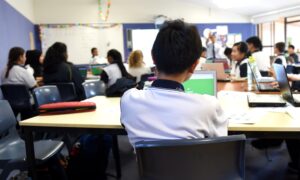 The man who twice took the country by military force, who is on trial for ordering the killing of 15 political opponents, who is evading an international arrest warrant for drug smuggling, was just elected president of Suriname.

Desi Bouterse received the two-thirds vote he needed from parliament members to step into the presidency on Monday. In May this year, Bouterse’s Mega Combination coalition, had won a large majority in a general election.

"He is not welcome in the Netherlands, other than serving his prison sentence," said Dutch Foreign Minister Maxime Verhagen, in a statement on Monday.

In 1999, Bouterse was convicted by a Dutch court in absentia on charges of drug trafficking.

"We cannot forget that Bouterse has been sentenced to 11 years [in prison] because of drug trafficking," said Verhagen.

According to Winston Lackin, director of Cabinet for Bouterse’s National Democratic Party, The Hague should look beyond what happened in the past and Verhagen should not use "personal motivations" against Bouterse.

According to Lackin the people of Suriname have chosen Bouterse to be their leader and will cooperate with other countries on issues such as trade even if the Netherlands is not willing to do so.

As president, Bouterse will be protected by immunity that heads of state enjoy under international law. According to the Dutch Foreign Ministry, they will not be able to arrest Bouterse until his term finishes.

Ties between the Netherlands and Suriname date back as far as 1667 when the Dutch colonized Suriname. Suriname finally gained independence 308 years later, in 1975.

In 1980, Bouterse along with other military officials, overthrew the elected government, suspended the constitution, and dissolved the Legislature.

Bouterse's dictatorial rule led to the infamous killing of 15 political opponents in 1982, which later became known as the "December murders." The 15 including journalists, lawyers, trade union leaders, a university teacher, and a businessman were arrested from their homes, and then tortured, and killed.

Bouterse is scheduled to appear in court in Suriname on Friday over his role in the murders. However, since the accused has failed to show up for any hearings since his trial began four years ago, it appears unlikely that the new president will honor the court date.