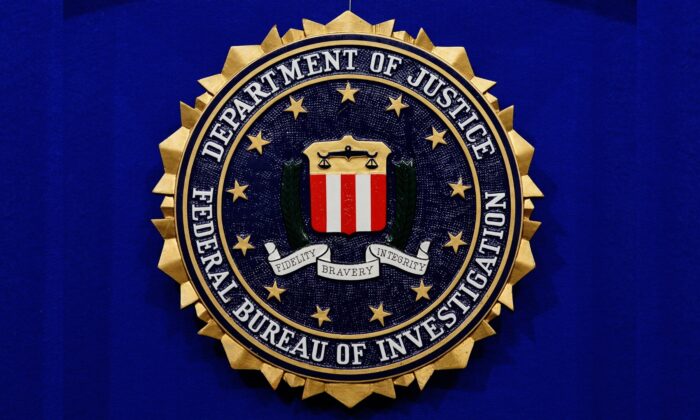 The Federal Bureau of Investigation (FBI) seal at the Newseum in Washington on June 17, 2013. (Mandel Ngan/AFP via Getty Images)
Crime and Incidents

Former Obama Adviser Charged With Stealing Over $200,000 From Charter Schools He Founded

A former White House education adviser during the Obama administration has been arrested and charged with stealing $218,005 from a charter school network he founded, prosecutors said.

Seth Andrew, 42, who served as a senior adviser in the Office of Educational Technology, was arrested April 27 on charges of wire fraud, money laundering, and making false statements to a financial institution. Federal prosecutors in the U.S. Attorney’s Office for the Southern District of New York allege that he used more than half of the money to maintain his bank account above a threshold that enabled him to get better interest rates for a mortgage of his multimillion-dollar Manhattan apartment.

“As alleged, Seth Andrew abused his position as a founder of a charter school network to steal from the very same schools he helped create,” Manhattan U.S. Attorney Audrey Strauss said.

Andrew is the founder of a prominent chain of charter schools based in New York City named Democracy Prep Public Schools, which he founded in 2005. The chain now operates 21 public charter schools across the country, educating 6,500 students.

Andrew will enter a plea of not guilty in a Manhattan federal court, attorney Michael Yaeger told The Epoch Times via email.

“Seth will enter a plea of not guilty; we’re reviewing the papers that were just unsealed this morning,” Yaeger said.

“Seth left our network in 2013,” Trivers stated. “His alleged actions are a profound betrayal of all that we stand for and to you and your children, the scholars and families that we serve. To be clear, at no time did the alleged crimes pose any risk to our students, staff or operations in any way.”

“The network’s finances remain strong, and at no time did any of the activity by Seth Andrew have any adverse effect on our scholars or the functioning of our schools,” she added.

“Locking into the lowest interest rate when applying for a loan is certainly the objective of every home buyer, but when you don’t have the necessary funds to put down, and you steal the money from your former employer to make up the difference, saving money in interest is likely to be the least of your concerns,” FBI Assistant Director in New York William Sweeney Jr. said.