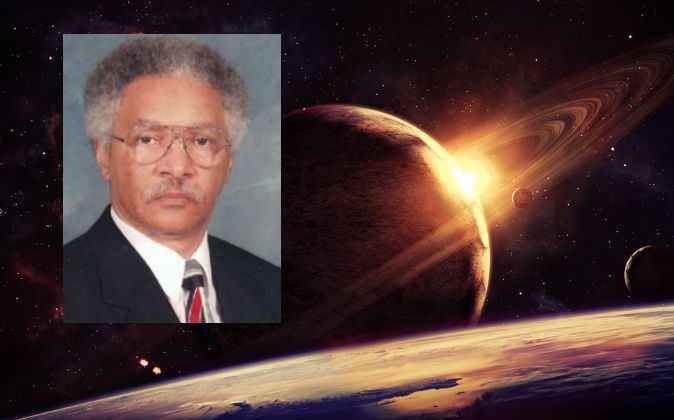 “I believe if Einstein were alive today, he would take advantage of the modern techniques and the modern instruments we have and he would wind up disproving his own theory,” said Dr. Dowdye, a physicist and laser optics engineer who retired from NASA Goddard Space Flight Center. He is an independent researcher and founder of Pure Classical Physics Research and he is a member of The American Physics Society.

Dowdye said he is part of a community of scientists who are questioning the relativity theory. He said he has gained the respect of a number of renowned physicists who agree with his stance. To name a few, Dr. Chandrasekhar Roychoudhuri, professor of physics at the University of Connecticut; Dr. Charles W. Lucas Jr., theoretical physicist and founder of Common Sense Science; and Dr. Edgar Kaucher, former member of the Institute for Applied Mathematics at the Karlsruher Institute for Technology, Germany.

Many observations made by astronomers show that a phenomenon known as gravitational lensing does not take place as described by relativity theory, according to Dowdye. If relativity theory fails here, its legs are essentially knocked out from under it.

A diagram depicting gravitational lensing, a phenomenon by which light bends around some objects in space. (NASA, ESA; J. Richard, CRAL; and J.-P. Kneib, LAM)

-The gravitational field of massive objects, such as stars and planets, bend rays of light that pass by them.
-Relativity theory includes the idea of space-time, a theory that states that time and space are interconnected.
-The object’s gravitational field is said to alter space-time, causing the light we observe near the object to bend.

Instead, it works kind of like a mirage in the desert. When people have an illusion and think that they see water that isn’t actually there on the desert, it’s because of the way light is being bent, or refracted, in the hot desert air.

A temperature gradient exists, meaning over a given distance the air temperature varies. The hottest air is less dense, the coolest air is most dense. The photons (light particles) take a curved path between the sun and the viewer’s eye, because they take the clearest path through the air.

We assume light travels in a straight line, but it actually takes whatever path will take the least amount of time. This is why the air seems to wave or ripple like water in the desert.

So how does this work in terms of gravitational lensing?

A gravitational gradient exists, more intense near the surface of a massive object, such as our sun, where light bending is seen to occur. This means the gravitational field varies in strength over a given distance causing a gradient profile to act on the plasma atmosphere of the sun.

Dowdye said the gravitational gradient is too often overlooked when gravitational lensing is taught to physics students. Another important point is that lensing only appears to happen in plasma.

This substance, plasma, was virtually unknown in Einstein’s day. We have not seen evidence of light bending around massive objects in deep space that do not have plasma around them.

“The scientists who support relativity are either unaware of this phenomenon or they don’t want you to know about this. This is bad news for them,” said Dowdye. “According to relativity, light bending should be everywhere you have gravitation.” If gravitation exists around an object that doesn’t have plasma around it, the light should still bend, according to relativity theory. This doesn’t happen, said Dowdye.

Dowdye has published his alternative theory of gravitation in his book and he has also previewed it on his website.

He hopes science education will become more fluid, open to the ever-changing understanding of fundamentals reached by scientists, and that textbooks will soon be changed to provide our youth with a more accurate view of the universe.

“When the students are properly introduced to the fundamentals, you allow the students to think intuitively for themselves,” Dowdye said. “I think some of the textbooks are much too structural. … You’re doing the same thing over and over and over again. Textbooks have a lot of stuff in them that is far too much establishment-driven.”

Einstein’s special relativity theory displaced the ether theory that was thought to correctly explain the behavior of light. Dowdye feels that he himself is actually on the cusp of the next major shift in the correct understanding of our universe, a frontier scientist forging into new, exciting territory.

*Lead image of space via Shutterstock