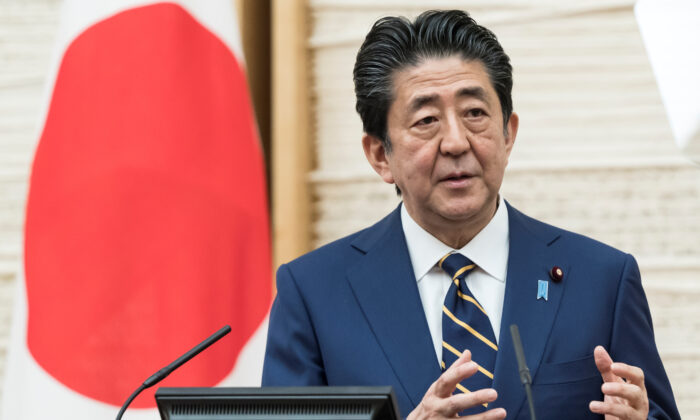 Former Japanese Prime Minister Shinzo Abe was assassinated Friday while on the campaign trail giving a speech, according to Japan’s NHK public television.

Abe, the country’s longest-serving prime minister, was shot shortly after he began his speech in the western Japanese city of Nara. He was airlifted to a hospital after the shooting and later pronounced dead.

Police cited by Reuters said a 41-year-old suspect had been arrested.

The shooter, identified as Tetsuya Yamagami, was cited by NHK as telling police he was dissatisfied with Abe and wanted him dead.

The 67 year old former prime minister was delivering a speech for a Liberal Democratic Party of Japan candidate’s election campaign ahead of upcoming elections when, at around 11:30 am, two shots rang out.

“There was a loud bang and then smoke,” said businessman Makoto Ichikawa, who was at the scene.

“The first shot, no one knew what was going on, but after the second shot, what looked like special police tackled him.”

Video from the scene shared on social media showed what appeared to be security officials tackling a man in a grey T-shirt and what looked like a sawed-off shotgun lying on the ground.

“This attack is an act of brutality that happened during the elections—the very foundation of our democracy—and is absolutely unforgivable,” he said.

A reporter for public broadcaster NHK, who was at the scene, said she heard what sounded like two consecutive gunshots and then saw Abe bleeding.

Footage aired by the station captured the moment he fell on the street, after which several security guards ran toward him. He was holding his chest.

NHK, citing police sources, reported that Abe was conscious and responsive while he was transported to the hospital. The same broadcaster also reported that Abe later appeared to show no vital signs, citing the local fire department.

Yoichi Masuzoe, a former governor of Tokyo, said on Twitter at 12:04 p.m. local time that Abe was in “cardiopulmonary arrest,” or heart failure. In Japan, officials sometimes use the term to describe situations where victims are no longer alive but before a formal declaration of death has been made.

Two bullets had struck the left side of Abe’s chest from behind, Fuji News Network reported, citing officials from the Liberal Democratic Party. TBS Television reported that Abe had been shot on the left side of his chest and apparently also in the neck.

The suspect was identified as Yamagami Tetsuya, a resident of Nara in his 40s, NHK reported, citing police sources. A gun that appeared to have been handmade was retrieved from the scene, according to the broadcaster.

The suspect didn’t try to run away and was being held at Nara Nishi police station for questioning. According to local media reports, the man was a former member of the Japanese Navy.

“Such an act of barbarity cannot be tolerated,” Matsuno told reporters.

Japan has strict gun control laws. To obtain a gun, an individual must undergo multiple tests and police checks. Deaths due to firearms are regularly in single figures each year.

His latest term was due to end in September 2021 but he resigned in August 2020, citing concerns over his health. He later shared that he had a relapse of ulcerative colitis, an intestinal disease.

Abe was known for his signature economic strategy “Abenomics.”