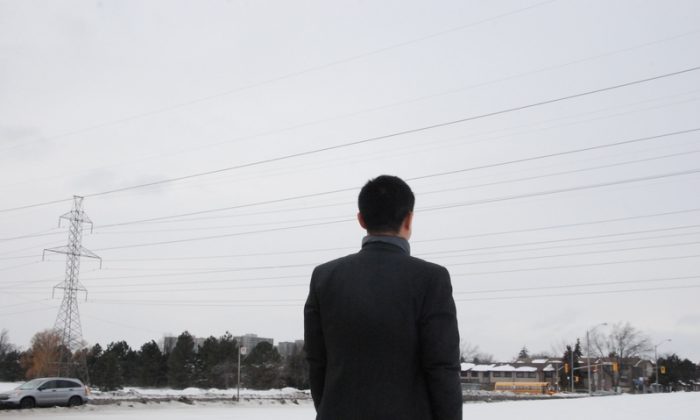 Editor’s Note: The following is a first-person account from George Zheng, a former Chinese medical student. The interview was conducted by Epoch Times reporter Yi Ling in Toronto. For Zheng’s safety, this article omits specific dates and times, as well as some identifying details. The Chinese-language version of this account was first published by the Chinese edition of The Epoch Times on March 5, 2015.

The events I’m about to describe occurred in the 1990s. At that time, I was a student about to graduate from a certain military medical school in China. I was interning at the Department of Urology, Shenyang Army General Hospital. One day, the hospital received a phone call from the Shenyang Military Region in northern China saying there was an order for some medical personnel to immediately board a vehicle and go carry out a military task.

The group of six who were chosen included two female nurses, three male military doctors, and me, an intern. The department head gave an order: From that moment on, we were to cut off all contact with the outside world, including relatives and friends.

We immediately boarded a van, the inside of which was completely covered with a light blue swath of fabric. The hospital also dispatched a military vehicle. The door was not yet closed and inside I could see a soldier holding a gun.

Eventually, we arrived at our destination, and after we exited the van, we found ourselves in a place surrounded by mountains. Soldiers were standing guard around a building. A military officer who came to receive us said the building was an army prison close to Dalian City in northeastern China.

That night, we stayed at the local military guesthouse; soldiers stood guard outside our room. In the morning, a nurse and two soldiers went to the prison to collect blood and classify the blood type. After they returned with the blood, we all boarded the van and sped off.

After we stopped, I looked through a crack in the door and could see soldiers surrounding the van, all holding submachine guns. They were facing outward with their backs toward us.

We waited in the van; no movement was allowed. Suddenly, there was a knock. I opened the door and saw four soldiers holding a man who had rope tied around his feet and neck, with his hands tied behind his back. The man was unresponsive.

The man was lifted into the van and laid on a black plastic bag that had been placed on the floor earlier. The bag completely covered the floor, and at a glance, I could tell it was specially made.

The rope the man was tied up with was very thin—the kind that will cut into the flesh if pressured. He was tied in such a way that if you stepped on the rope that went from his neck to his wrists at the back, he would be unable to move or struggle. If he did, the rope would tighten and he would be strangled.

One of the doctors told me to step on the rope and also hold the man so that he couldn’t move. When I held his leg, I could feel that his body temperature was hot. I also saw that his throat was full of blood. It wasn’t obvious where he was wounded, but there was most definitely a wound.

At this time, all the medical staff quickly put on surgical attire. The head nurse cut the man’s clothes open with a scissors and then swabbed him with a disinfectant from his entire abdominal region to his chest a total of three times.

Then one of the doctors took a scalpel and made a long incision from under the sternum all the way to the umbilicus. The man’s legs began to twitch. Then the doctor opened his entire abdominal cavity. Blood and intestines gushed out at once. The doctor pushed his intestines aside and quickly removed a kidney; the doctor opposite removed a kidney from his other side. They were very skilled and fast.

The doctor told me to cut the veins and arteries. When I cut, blood immediately spurted out. There was blood spurting from all over his hands and body. This blood was flowing, verifying without a doubt that this man was alive.

By this time, both kidneys that had been taken out were put in an organ transport container that the nurse was holding.

Next, the doctor opposite me asked me to remove the man’s eyeballs. I sat down and leaned closer. At that moment, his eyelids moved and he looked at me. I held his gaze briefly. There was sheer terror in his eyes—the kind of terror that can’t be expressed with words.

My mind went blank and my whole body began to shake. I felt terrified. I was paralyzed.

I told the doctor that I couldn’t do it.

All of a sudden, the doctor roughly grabbed the man’s head with his left hand and, while using two fingers to hold his eyelids open, used the hemostatic forceps he already had in his right hand to gouge the eyeballs out. It was done in one motion.

At that point, I was shaking and sweating profusely from head to toe. I felt I was about to collapse.

I remembered that at the guesthouse the night before, a military officer came to talk to our director. There was one thing he said that stuck in my mind: “Under 18 years old, the body is very healthy.” Was he referring to this man?

After the doctor alerted the officer in the passenger seat that we were done, the rear door opened and four soldiers got in the van, wrapped the man in a big plastic bag, and dragged him to a military truck parked nearby.

Right away, our van took off, and we drove very fast back to the hospital, again with the military vehicle leading the way. All the surgical gowns, surgical caps, and rubber gloves we had worn were put together to be destroyed when we got back.

Upon arrival, the organs from the man were immediately sent to the operating room where a group of surgeons was waiting, ready to begin transplanting them into a patient on the operating table.

By this time, I could no longer do anything; my entire body felt utterly weak. The director saw my state and allowed me to rest on the side. I laid down, but I was still able to see them perform the surgery.

I soon left my job at the hospital and returned home. I was still extremely feeble and also developed a high fever. My mother asked what was going on, but I kept my explanation vague as I dared not divulge the matter to anyone.

But the pain was far from over. On the one hand, the entire experience was too horrible to even think about, let alone talk about. I had seen the brutal murder of a fellow human being first-hand, and my heart was extremely uneasy. I was also worried that I would be chased down and killed by the authorities. The burden of it all made me absolutely miserable.

For a long time, the scene in the van that day played over and over in my mind—how a living being just like us had his organs ripped out while he was still alive, and the frightful pain and fear in his eyes as he looked up at me. My heart couldn’t bear it. I felt like I was going crazy, and constantly felt on the verge of collapse.

Many years have passed since then, but that horrible memory still cannot be erased. All those years, I didn’t want to touch it and purposefully avoided it. Because whenever I mentioned it, I could not hold myself together.

When the media began exposing the forced harvesting of organs from Falun Dafa prisoners of conscience in China, I at once understood everything: All of this is true, and forced organ harvesting already long existed in the Chinese Communist Party’s military system. It’s only that the persecution campaign against Falun Dafa provided a much larger source of organs.

David Kilgour, an independent Canadian investigator and former cabinet minister, and David Matas, a Canadian human rights lawyer, alerted the world about the crime of forced organ harvesting in China with a report released in 2006.

In 2016, along with American investigative journalist and author Ethan Gutmann, they released an updated report showing that large numbers of non-consenting religious and political prisoners—primarily Falun Dafa adherents detained for their beliefs—are being subjected to forced organ harvesting while alive.

In other words, they are being killed for their organs.

The researchers found that while transplant abuse exists in many countries, the difference in China is that it’s sanctioned by the state and the state is profiting from it.

“China is not the only country with organ-transplant abuse,” Matas said in an interview with The Globe and Mail. “What’s different about China is, it’s institutionalized, it’s state-run, it’s party-directed. It’s not a few criminals in back alleys trying to make a fast buck.”