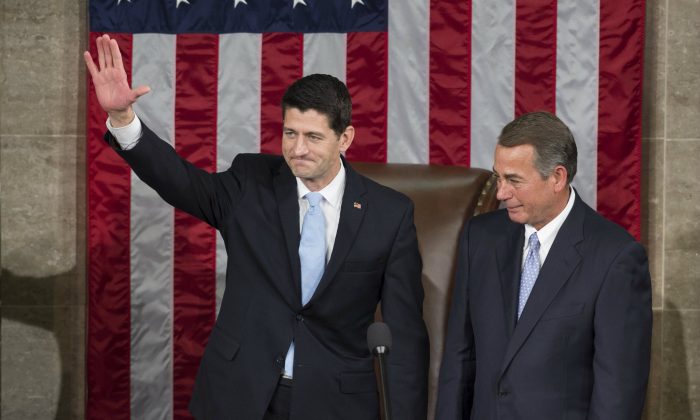 “If we don’t have a nominee who can win on the first ballot, I’m for none of the above,” said Boehner at the Futures Industry Association conference in Boca Raton, Florida.

I’m for Paul Ryan to be our nominee.
— John Boehner

“They all had a chance to win. None of them won. So I’m for none of the above. I’m for Paul Ryan to be our nominee.”

Boehner is referring to a possible contested convention in Cleveland, Ohio in June where delegates will be bound by the state to vote for the chosen nominee.

If a nominee doesn’t get the required majority of delegates—1,237—then it goes to a second vote where delegates will be unbound from their nominee and can vote for whomever they decide.

Donald Trump is the closest to the nomination, with 661 pledged delegates, and Cruz trailing behind with 406 delegates.

The same conference in which he showed support for Ryan, he called presidential hopeful Ted Cruz “Lucifer.”

Boehner has been critical of Cruz for trying to shut down the government over Obamacare, prompting Boehner to call Cruz a “jackass.”

Boehner resigned from his post as House Speaker in September of 2015, and was succeeded by Ryan.

Paul Ryan responded by saying that he doesn’t want the nomination.

Ryan has not endorsed a candidate for president but spoke out against the violence at Trump rallies and the proposed ban on Muslims.

In the 2012 election, Ryan ran as the Vice President to the Republican nominee Mitt Romney against President Obama.