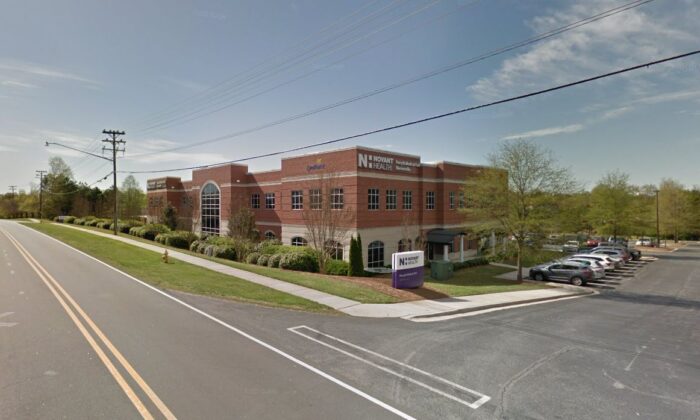 A former North Carolina hospital executive who said he was fired from his job because he’s a white male was awarded $10 million in a discrimination lawsuit Tuesday.

A federal jury in Charlotte decided that Novant Health, which is a hospital system based in North Carolina and serves four states, has to pay David Duvall, its former senior vice president of marketing and communications, $10 million in damages.

In his lawsuit filed in 2019, Duvall said he was terminated from his job in 2018 due to Novant Health’s diversity efforts, saying he was replaced by a black woman and a white woman. Novant, his lawyers said, violated Title VII of the Civil Rights Act, which prohibits gender and race discrimination in the workplace.

“Defendant’s [Novant Health’s] termination of [Duvall] for the purpose of improving diversity constituted discrimination based on sex and race,” his lawsuit said.

Members of the jury agreed with arguments that Novant Health failed to prove that it would have fired him regardless of his race, according to a jury verdict form. It also found Duvall proved that both his race and sex were motivating factors in his firing.

“We are pleased that the jury agreed that Duvall’s race and gender were unlawful factors in his termination—that he was fired to make room for more diverse leaders at Novant,” S. Luke Largess, Duvall’s attorney, told local media on Tuesday after the decision.

In a twist, Largess also said that “Duvall was a strong advocate of diversity at Novant” but belive “the punitive damages award is a message that an employer cannot terminate and replace employees in order to achieve greater diversity in the workforce.”

To replace Duvall, Largess said the company “created two new positions to replace” him and promoted a woman who was working under him to head the firm’s communications department. The firm also created a second position to head marketing at Novant, taking 10 months to fill that role, the lawyer told WSOC-TV.

Both women who were hired were “qualified for the work … but neither was more qualified than Duvall, and there were no complaints about his performance,” Largess said. “He was just fired out of the clear blue sky, and it fit hand-in-glove with the strategic plan and timeline.”

Court papers filed by Novant Health claimed Duvall was terminated because he had poor leadership skills, adding that in his deposition, Duvall said he didn’t necessarily believe he was being discriminated against, according to the Winston Salem Journal.

After the jury’s decision, Novant issued a statement saying it was “extremely disappointed” and is planning an appeal.

“We are extremely disappointed with the verdict as we believe it is not supported by the evidence presented at trial, which includes our reason for Mr. Duvall’s termination. We will pursue all legal options, including appeal, over the next several weeks and months,” the firm told the media. The Epoch Times has contacted Novant Health for comment.

The company then said it is “one of thousands of organizations” to implement “diversity and inclusion programs” across the United States.

“It’s important for all current and future team members to know that this verdict will not change Novant Health’s steadfast commitment to diversity, inclusion, and equity for all,” the hospital added, referring to diversity, inclusion, and equity mandates and training, which according to Criticalrace.org, are closely aligned with the quasi-Marxist critical race theory.