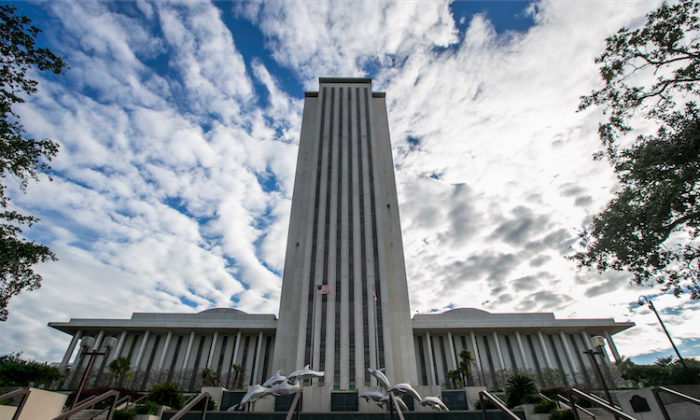 Artiles, 47, who resigned in 2017 after making racially inflammatory remarks toward colleagues, was charged with three criminal counts involving a sham candidate intended to siphon votes away from a Democratic incumbent.

Authorities said the former senator from the Miami area turned himself in a day after his Palmetto Bay house was raided and searched by Miami-Dade State Attorney’s Office investigators.

According to an arrest warrant, Artiles gave nearly $45,000 to the shadow candidate in last year’s election. That candidate, 55-year-old Alex Rodriguez, has the same last name as the then-Democratic incumbent, Jose Javier Rodriguez.

The fake candidate, an auto-parts dealer who lives in Boca Raton, ran as an independent in the election which was narrowly secured by Republican Ileana Garcia by 32 votes, out of some 215,000 votes cast. Rodriguez was also charged with election law violations in connection with the scheme.

“Rodriguez would run as an independent with the same last name as the incumbent candidate (Jose Javier Rodriguez) in an attempt to confuse voters and siphon votes from the incumbent,” the affidavit says.

State Attorney Katherine Fernandez Rundle told reporters at a press briefing that the scheme “violates everything that should be honest and straightforward about our elections.”

“What is a crime is making illegal campaign contributions to get a candidate to run,” she added. “Where it goes from here, we don’t know. We have not completed this investigation.”

William Barzee, attorney for Rodriguez, appeared to accuse Artiles of taking advantage of his client.

“Frank Artiles and his co-conspirators knew they couldn’t beat Jose Javier Rodriguez in a fair election, so they rigged it,” Barzee told WSVN. “Artiles cynically targeted and used a vulnerable ‘friend’ with a great name in order to confuse voters and steal the election. Alex Rodriguez deeply regrets allowing himself to be used in this way and hopes that by coming forth with the truth he can help to right these wrongs.”

Attorney for Artiles, Greg Chonillo, told CNN shortly before his client’s arrest that he “has been cooperative since the inception of this investigation as well as during the execution of the search warrant. Due to the nature of the charges and potential litigation, we will not comment on any information related to this matter. We fully intend to defend any charges in Court.”

Artiles, a Cuban-American, served three terms in the state House from a Miami-Dade district and then was elected to the Senate before his resignation. He also served in the Marine Corps.