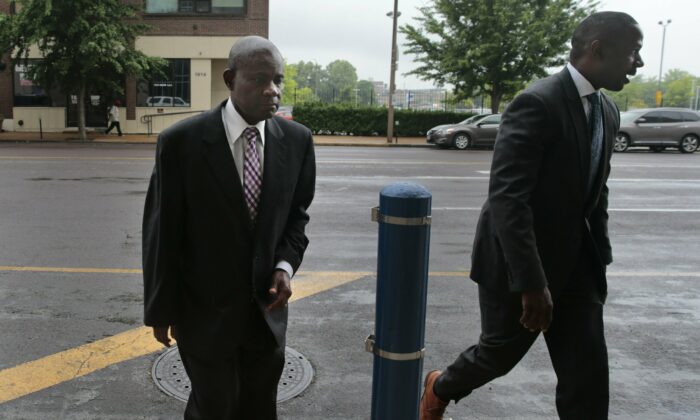 A former FBI agent who was involved in an investigation of former Missouri Gov. Eric Greitens in 2018 pleaded guilty to misdemeanor tampering with evidence in the case on March 23, a day before jury selection was set to start in his trial on seven felony counts, including perjury.

William Don Tisaby, 69, who is now a private investigator, was hired by St. Louis Circuit Attorney Kimberly Gardner to investigate allegations against Greitens in an invasion of privacy case. Greitens resigned in 2018 after the investigation began.

Tisaby was indicted on seven felonies, including perjury and evidence tampering, in 2019.

He acknowledged in the plea agreement that he said in a deposition that certain documents didn’t exist when, in fact, they did, Robert Russell, the special prosecutor in the case, told reporters outside of the courthouse in St. Louis after the deal was reached.

Tisaby also took notes from an interview with a witness and sent them to Gardner, but falsely testified that he never did.

Gardner is set to face a disciplinary hearing soon for allegedly hiding details about the Greitens investigation from members of her team.

Russell said prosecutors “have an ethical obligation to correct and make sure the record is clear” regarding documents and that they should correct witnesses who offer false information.

The deal means that Tisaby, who was facing serious prison time, won’t serve any time in jail. He will serve one year of probation and must pay court costs.

“I think we’ve reached an appropriate resolution for Mr. Tisaby in this case based on what occurred,” Russell said, noting that it’s important to make sure anybody attached to law enforcement is held accountable for being untruthful.

Jermaine Wooten, an attorney for the defendant, told reporters that while he and his colleagues were prepared to go to trial, Tisaby wanted to put the case behind him because of his age and health.

“I think it was just more of an issue of just negligence in this matter. It was a slew of documents that he had and he just went into that deposition not prepared. There was no malice in this man’s heart,” Wooten said, noting that no one instructed his client to hide the existence of the documents.

But Russell pushed back on that depiction, describing the guilty plea as an admission that the defendant purposefully shielded evidence.

“I think he just didn’t want anybody to see what he had done,” Russell said.

The investigation in question was looking into whether Greitens snapped a picture of a woman at his house in 2015. The alleged picture has never been found.

Greitens, who’s running for a U.S. Senate seat, said on Steve Bannon’s show that the guilty plea was “a great victory.”

“The corrupt former FBI agent, William Tisaby, pled guilty,” he said. “What everyone recognizes now is what we said from the beginning, is that this was a criminal witch hunt against me.”