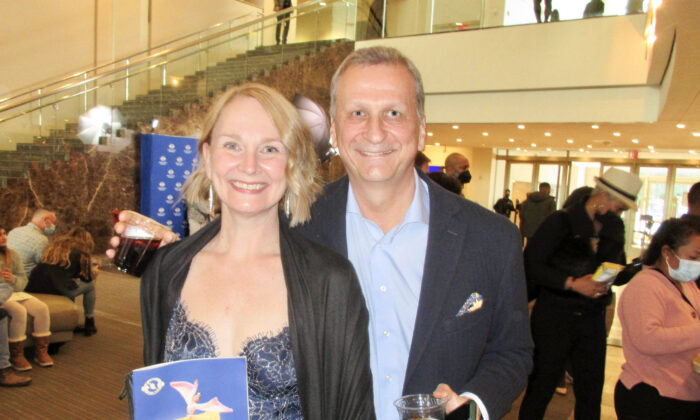 ATLANTA, Ga.—Tom and Louise Carter enjoyed the mix of technology, costumes, and music used in telling the stories in Shen Yun Performing Arts. Tom, a recently retired CIO from Novelus, a producer of aluminum products, said there was a lot to love in the show.

The couple attended the Shen Yun performance at the Symphony Hall at the Woodruff Arts Center on Jan. 8. Mr. Carter noted how the technology of the backdrop screen was perfectly integrated into the storyline, as were the costumes.

“It looks like a lot of attention was put into the costumes themselves and the fit and finish are perfect. The actresses and actors are just so able to move fluidly in them.”

Ms. Carter, a registered nurse, noted the soothing effect of the vocalists and performers. “It’s very tranquil, it’s very peaceful. The first songs, in particular, bring such peace. It’s just—just very soothing and amazing. I do feel like it brings a level of calmness and peace about you as you watch it.”

Although not familiar with the music, she connected with the songs. “I guess it’s just bringing some of the traditional melodies, and of things that I’m not accustomed to, and so being made aware of those and just the gentle nature of the music is very beautiful.”

Mr. Carter liked the inspirational qualities of the singing. “It’s very spiritual. I think it was the soprano, [her singing] was very spiritual.” He said the lyrics urged listeners “to avoid the influences of those who don’t believe in God, … and divinity will reign and be with you.”