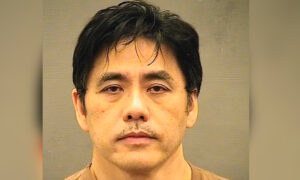 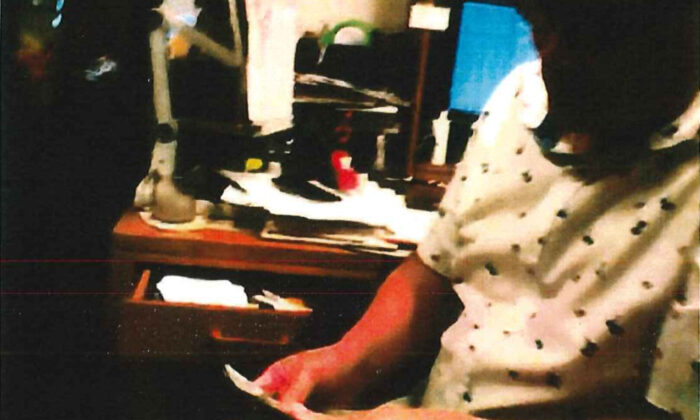 Alexander Ma counting cash given by an undercover FBI officer during a meeting in Aug. 2020. (FBI Affidavit)
US-China Relations

A former CIA officer has been charged with selling top-secret information to China over the span of a decade, the justice department said.

Alexander Yuk Chung Ma, a 67-year-old Hawaii resident, was arrested on Aug. 14 and charged with conspiracy to transfer classified information, including “Top Secret” level information, to China, an offense that could lead to life in prison, prosecutors said.

Ma began working for the CIA in 1982 and later became an FBI linguist.

Prosecutors said Ma worked with a relative who was also a former CIA officer, an 85-year-old Los Angeles man, but he was not charged because he suffers from a “debilitating cognitive disease.”

The charges are the latest in a string of prosecutions targeting Chinese espionage activities in the United States.

Ma, a naturalized U.S. citizen born in Hong Kong, was stationed overseas, where he had a “Top Secret” clearance, prosecutors said. He left the agency in 1989, and then lived and worked in Shanghai before moving to Hawaii in 2000.

Prosecutors said Ma turned allegiances by 2001, when he met several times with at least five officers of China’s Ministry of State Security (MSS), the country’s top intelligence agency, in a Hong Kong hotel room. During these meetings, Ma “disclosed a substantial amount of highly classified national defense information,” including the identities of CIA officers and assets, methods of covert communication, information about the CIA’s internal structure, and details about the agency’s spycraft.

The FBI procured video footage of one of the meetings in March 2001, which showed MSS agents paying Ma $50,000, which he counted while relaying the classified information, the court document said. It is unclear how the FBI obtained the footage.

Prosecutors said Ma later applied to join the FBI in an effort to continue supplying secret information to his Chinese handlers. In 2004, he got a job as a contract Chinese linguist at FBI’s Honululu field office, tasked with reviewing and translating Chinese documents. A day before starting the role, Ma phoned a suspected accomplice and said that he would be working for “the other side,” an FBI affidavit said.

Over the next six years at the FBI, Ma regularly copied, photographed, and stole classified U.S. documents, including research on guided missiles and weapons systems. He then took these stolen documents and photographs with him on frequent trips to China to hand them to his MSS handlers, prosecutors said. He often returned from these trips with thousands of dollars in cash and expensive gifts, such as a new set of golf clubs.

In January 2019, an undercover FBI agent posing as an MSS officer approached Ma, using footage of the 2001 meeting in the Hong Kong hotel room to convince Ma that the officer was really from Chinese intelligence. During one meeting, Ma admitted to working for the MSS, and accepted $2,000 in cash from the undercover FBI officer—a “small token” of appreciation for Ma’s work for China. Ma also offered to continue to work for Chinese intelligence.

At another meeting with the undercover officer on Aug. 12, Ma again accepted money for his past espionage efforts, and said he wanted “the motherland” to succeed, adding that he could work for the MSS possibly as a consultant.

The justice department has in recent years brought cases against several current and former U.S. officials accused of supplying secrets to the Chinese regime. Last year, former CIA officer Jerry Chun Shing Lee was sentenced to 19 years in prison after pleading guilty to conspiracy to deliver classified information to Chinese intelligence after leaving the agency in 2010.

“The trail of Chinese espionage is long and, sadly, strewn with former American intelligence officers who betrayed their colleagues, their country and its liberal democratic values to support an authoritarian communist regime,” Assistant Attorney General for National Security John C. Demers said in a statement.