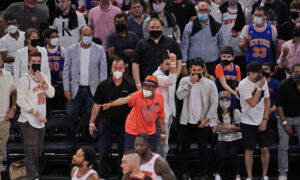 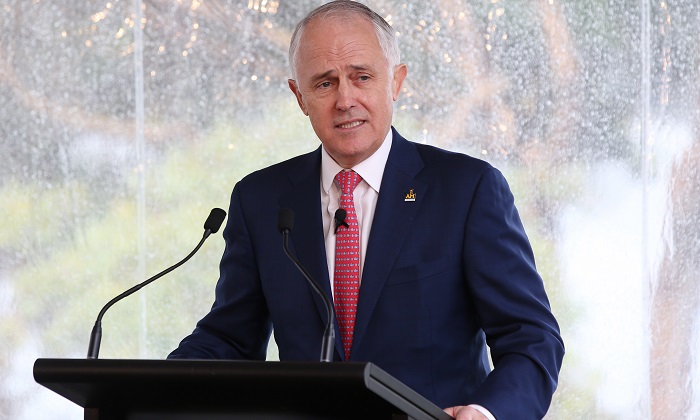 Former Prime Minister Malcolm Turnbull has called for vaccine passports to be mandated to increase vaccination rates around Australia.

Speaking on ABC radio on Monday, Turnbull said that the Australian government needs to become tougher on vaccines and declared that while you cannot force people to have vaccines, Australia needs to “make it very clear that there are some things you will not be able to do if you are not get vaccinated.”

“We are not safe until we are all safe,” Turnbull said, noting that the country also needs strong records on vaccination status.

“I know people will say this is tough; this is non-libertarian … but if you want to work in aged care, if you want to get on an aeroplane, if you want to go to a cinema; we are entitled to say, ‘Well, if you haven’t been vaccinated, then you can’t do it,’ just to protect the rest of the community,” he said.

He cited the success of the Coalition’s “No Jab, No Pay” policy as one example of where vulnerable members in the community, like unvaccinated babies, were protected by government policy.

The was implemented in Australia in 2015 under his leadership and expanded in 2018. Essentially, the policy stops parents from benefitting from child care subsidies, childcare placements, and tax benefits if they do not vaccinate their children.

Turnbull is advocating for vaccine passports as part of his role as co-chair of the Reform for Resilience Commission (R4R Commission), which is advocating for the G7 at the upcoming summit to use the crisis brought about by COVID-19 to implement more globalisation-friendly regulations for tackling issues like biosecurity and economic resilience.

“COVID is a wake-up call to the world that our underinvestment in global population health is as urgent a systemic threat to global prosperity as the Global Financial Crisis and Climate Change, and world leaders should use the upcoming G7 Summit (11-13 June 2021 in the UK) to establish the first truly integrated approach to global health, economics, and the environment post-pandemic, akin to the Bretton Woods discussions which shaped global financial cooperation at the end of the Second World War,” R4R said in a press release (pdf) on June 5.

First on the agenda, though, should be to make sure that the world is vaccinated against COVID-19, Turnbull said. “That has to be the highest priority.”

Vaccine passports have been a contentious issue in Australia with some legal experts and politicians criticising the idea.

“You are handing the government and the establishment the power to decide where you can go, where you can work, and what you can do unless you’ve been vaccinated,” Loiacono said.

“It might appear in and of itself harmless but the problem is, where does it end?”

Independent MP Craig Kelly and Liberal MP George Christensen are also against the proposal, with Kelly announcing that he will be introducing a bill into parliament to stop vaccine passports from being legislated.

Christensen has also launched an online petition supporting the push against vaccine passports.

“I will be railing against any attempt to have any vaccination passports, digital passports—whatever the label—that segregates Australians into haves and have nots and denies them jobs, denies them services, or denies them access to certain areas,” the website states.

The R4R Commission believes the world’s richest countries should make it their priority to ensure the global distribution of vaccines. They are also calling for countries to create a global framework for sharing pandemic and biosecurity risk data.

The former prime minister, when asked by RN Breakfast host Hamish MacDonald, noted that China should be included in any data-sharing framework.

“We all have a vested interest in each others health,” he said. “We really need to be in a position where as soon as viruses emerge or signs emerge of a new virus that that information is communicated globally, instantly.”

This pandemic has been a wake-up call, Turnbull added, noting that the world needs to learn lessons from this pandemic to protect against any future pandemics and biosecurity risks.

“We need to make sure we don’t waste this crisis,” he said.