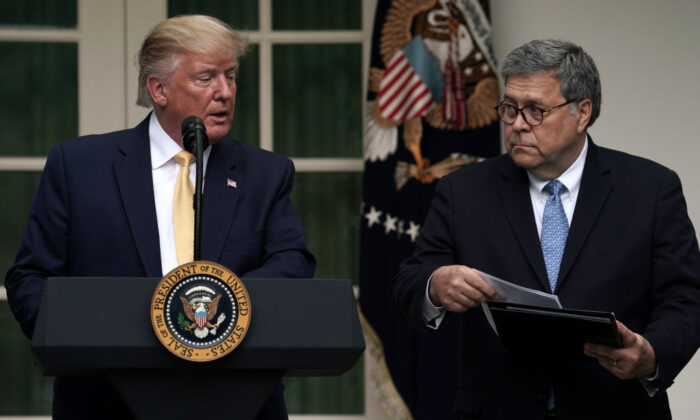 In the early days of this century, when people were just starting to blog, I wrote that with the explosion of the internet and cable news, with our attention and opinions being whipsawed at an unprecedented pace, we were living in the “politics of the last five minutes.”

That was only the beginning. Lately, it’s gone down to three or even two minutes. Soon, it will be instantaneous. In the time it takes to walk to the kitchen for a cup of coffee, the whole world could be turned inside out and back again.

And before you can figure out how to respond, something new has happened, your head is spinning, you’re having trouble standing, and you’ve spilled the coffee. (That’s the least of it.)

At the fulcrum of all this, needless to say, is President Donald Trump, especially his virtually nonstop presence on Twitter.

The president has been criticized for his tweets, actually vilified for them, for a long time, roughly since he said something nasty about Rosie O’Donnell—or was it Megyn Kelly?

His most recent critic was far more august—Attorney General William Barr, who told the president to refrain from tweeting about criminal cases. It made it difficult for the AG to do his work.

Barr no doubt has a point—although one wonders what in the Sam Hill was going on with the exoneration (after being cited three times for “lack of candor—under oath” and recommended for prosecution by the inspector general) of former FBI Deputy Director Andrew McCabe?

This contrasted with the Draconian treatment of Roger Stone, who is likely to be incarcerated essentially for the crime of being a tedious braggart. If Stone’s ridiculous text messages really are criminal, half of Twitter should be under arrest.

Nevertheless, giving Barr his due, it’s clear more important players are in the DOJ’s (and John Durham’s) sights, specifically, according to a New York Times report, former CIA Director John O. Brennan. Of course, The New York Times doesn’t come out and say that directly. The article is really one of the paper’s oft-used attempts to get ahead of the curve on anything that looks bad for the left.

It may be that all the kerfuffles of the past week are mere noise compared to what’s ahead (the exception being the reconsideration of Michael Flynn’s guilty plea—and that came from Barr). No wonder the Huffington Post thinks Barr and Trump are colluding. Actually, they don’t have to.

But back to the president and his “unseemly” tweets. You will excuse my vulgarity, but I can’t go along with those great exemplars of decorum who are urging him to quit or curtail his tweeting. I say, keep on keepin’ on, Donald.

The reason is simple. He has no choice.

He has no other place to go, really. Most of the media (the major newspapers, the networks, and all of cable news, with the exception of Fox, which isn’t always reliable) are lined up against him. Indeed, as we all know, they have wanted him out of office from before he even had it.

Even The Wall Street Journal doesn’t give him a fair shake in their front pages that are little different from those of The New York Times and The Washington Post. All rely on nefarious, anonymous leaks aimed at bringing the president down.

How, other than Twitter, can he really get his message out the way he wants it?

Now, he might want to do it a bit better, craft his tweets a bit more carefully, and learn when to keep his powder dry, maybe read or reread Sun Tzu and Machiavelli, who are miles better political strategists than anyone to come along in recent years, even Karl Rove or James Carville.

But who am I to talk? I use Twitter in the most slovenly manner for a professional writer. It’s embarrassing how little attention I pay to what I’m doing on there and how many typos I make. (I plead autocorrect!)

Twitter, for me, is braindead procrastination at which I am ashamed to waste my time—but I’m, obviously, not the president. Nothing I say is very consequential in the end. Everything he says is.

Yes, I admit sometimes when I read his tweets, I want to shout: “Look out below!” But then, after a bit, nothing bad seems to happen. We should all keep that in mind the next time we think a presidential tweet is the end of the world. Or even going to lose him votes. It’s not.

And how else is the president going to keep up with the “politics of the last five minutes?” Er… two minutes.