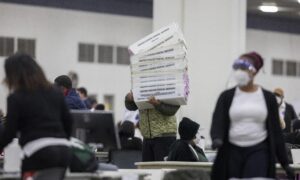 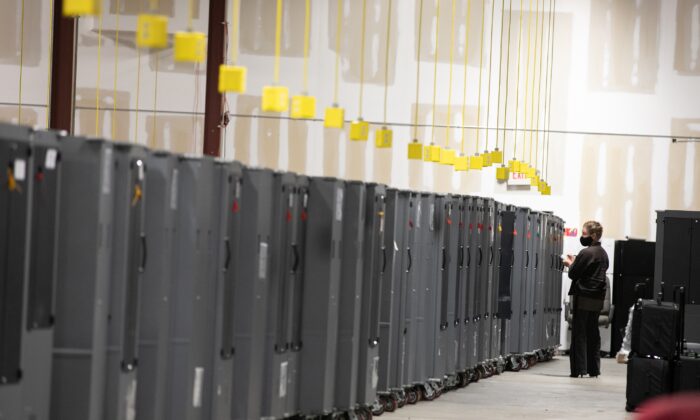 An expert view on the audit of the Dominion Voting Systems

While you need an ID to buy alcohol, buy cigarettes, buy lottery tickets, enter a nightclub, get on an airplane, buy a house or rent an apartment, buy a car and get car insurance, we don’t require an ID to choose who will be our next president?

It turns out, thanks to our Operation Iraqi Freedom, that the elections in Iraq are more secure than ours. There, they use strong multifactor authentication–one real fingerprint, one real ID, and one real registered voter who shows up in person.

Under the cover of COVID-19, numerous states in the United States were able to sneak in last minute—and, in many cases, illegal—ways to vote in our election. Hundreds of thousands of “mail-in ballots” would appear and be cast even after midnight of Nov. 3. This opened the door for nation-state interference, especially when boxes of pristine ballots with only one name marked could show up in the wee hours of the night after one candidate was in the lead to reclaim another four years in office.

But this is just the tip of the iceberg in voter fraud.

A team of cybersecurity and computer forensic experts at Allied Security Operations Group (ASOG) performed an independent forensic audit of Dominion Voting System in how it performed in just one county, Antrim County, Michigan, for the 2020 election.

Remember, this equipment was sold to and used in 28 states for the U.S. elections this year. Texas refused to purchase this equipment when it was found to be too vulnerable and risky because it could easily be tampered with to change election results.

The ASOG team, led by Russell J. Ramsland Jr., found that the Dominion Voting System is intentionally and purposefully designed with inherent errors to create systematic fraud and influence election results. For example, while the allowable election error rate established by the Federal Election Commission (FEC.gov) guidelines is 1 in 250,000 ballots (0.0008 percent), ASOG’s forensic analysis observed an error rate of 68.05 percent, which is a significant and fatal error in security and election integrity.

As I previously stated in my interview with The Epoch Times’ Joshua Philipp, in this regard, the biggest problem we are facing when it comes to election fraud is the massive deployment of the Dominion Voting System, which contains proprietary algorithms. It appears from the ASOG team’s audit, that these algorithms produce such high error rates, it can only mean one thing–election fraud.

For example, in Central Lake Township, there were 1,222 ballots reversed out of 1,491 total ballots cast, resulting in an 81.96 percent rejection rate. These reversed ballots are sent to “adjudication” for a decision to be made by election personnel. When such a staggering number of votes require adjudication, the biggest problem includes integrity and chain of custody issues. It makes it easy to “flip” votes without any supervision en masse.

In past elections, the rejection rates were so low, this was a minor risk, whereas now, it’s a major risk and most likely one of the means of exploitation that took place to defraud one candidate out of a massive number of votes that would have been in his favor. The video below demonstrates how easy it is to cheat at adjudication:

As I’ve been saying for months, can Dominion be hacked? Yes. Can you feed Dominion “test stacks” with only one candidate, i.e., just Joe Biden marked? Yes. Can those be counted as legitimate results? Yes. Can entire batches of Trump votes be purged? Yes. But don’t take it from me, take it directly from Dominion’s User Guide, found here.

In the ASOG audit, all log entries for the 2020 election cycle were found missing in the Dominion equipment they analyzed—meanwhile, voter adjudication logs for previous years exist. Removal of these log files violates state laws and prevents a meaningful audit, even if the secretary of state’s office wanted to conduct its own audit.

It takes an even deeper dive into the hard drive, with very expensive forensic tools, usually only used by the CIA, NSA, and FBI to find any “ghosted” evidence of the deleted adjudication log entries. A crime was absolutely committed in how these systems were “cleaned up.” Even the security logs, prior to 11:30 pm on Nov. 4, were found missing, meaning security logs for the day prior to the election, on Election Day and the day after the election were all deleted.

It was also discovered by the ASOG audit that on Nov. 21, an unauthorized user unsuccessfully attempted to zero out election results, showing more attempted tampering with the data.

The ASOG audit also discovered software changes on Oct. 23, and then again on Nov. 5, just after the election. In accordance with the Help America Vote Act, this violates the 90-day Safe Harbor period that prohibits changes to election systems, without these systems undergoing recertification.

Furthermore, these voting systems shouldn’t be allowed to be connected to the internet and should have all wired and wireless internet functionality disabled. During the ASOG audit, they also discovered internet connections were live on this equipment. Because certain log files were deleted, as of date, they haven’t yet learned the source of internet connectivity, nor what data collection, updates, or changes were made remotely.

Finally, because the same equipment was used in 48 other counties in Michigan, this casts significant doubt on the integrity of the entire election in the state of Michigan. I’m sure that with more Dominion equipment being audited, it would cast a dark shadow across 30 state elections. Only time will tell but ultimately the truth does come out, one way or another.

Gary Miliefsky is a founding member of the U.S. Department of Homeland Security and the publisher of Cyber Defense Magazine.