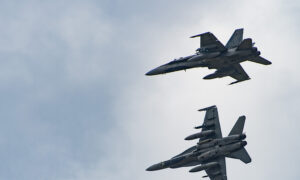 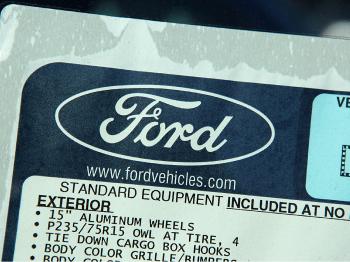 The profit of $2.1 billion was the fourth consecutive quarter of net income for the Dearborn, Mich.-based automaker. Since declining a federal bailout in 2008, Ford has taken market share away from rivals General Motors Co., Chrysler Group, and Toyota Motor Corp.

Its first-quarter earnings per common share of 45 cents were higher than the 31 cents per share analysts polled by Bloomberg had in mind. In addition, the company raised its full-year 2010 outlook and expects a healthy profit for the year.

“Our plan is working, and the basic engine that drives our business results—products, market share, revenue, and cost structure—is performing stronger each quarter, even as the economy and vehicle demand remain relatively soft,” said CEO Alan Mulally in a company statement.

Ford’s first-quarter vehicle deliveries increased by 37 percent, far surpassing the rate reported by its U.S. competitors. Since becoming the only major U.S. automakers to avoid bankruptcy, Ford has become a market leader with popular models such as the new Taurus sedan, the Focus sedan, and the Echo crossover SUV.

Financially, the company has a higher debt load than its competitors GM and Chrysler due to its $23 billion in borrowings from 2006 to develop its new Fiesta compact car in the United States. GM and Chrysler saw their debts mostly wiped out after federally assisted bankruptcies last year.

Now, the company is investing for the future, focusing on its core brands and expanding its capacity in emerging markets. Earlier this year, Ford sold its Swedish subsidiary Volvo Cars to China’s Zhejiang Geely Holding Group for almost $2 billion. It also recently divested its loss-making British luxury brands Jaguar and Land Rover to India’s Tata Motors.

Ford, which has long trailed rival GM in emerging markets, is increasing spending in several key markets in Latin America and Asia.

Earlier this month, Ford increased its investment in Brazil by 500 million reais (US$281 million) to develop a small SUV in Brazil for domestic sales and export. The vehicle, called the EcoSport, would be built in its plant in Bahia state, Brazil.

Mulally stated at the time that the platform of the EcoSport would be leveraged for use in future Ford vehicles, accounting for a total of 1.6 million vehicles worldwide by 2014, according to a Reuters report.

China and India are other emerging markets in which Ford is hoping to expand. In China, the world’s fastest growing auto market, Ford does not currently have a major footprint. But last quarter, the company reported its best quarterly sales in the country, with 153,362 vehicles sold.

In India, Ford recently invested $500 million in a plant in Chennai to develop small cars specifically for the Indian market. Its Figo subcompact is cheap, and due to the recent recall and reputation woes experienced by Toyota, Ford sees a giant opportunity in India.