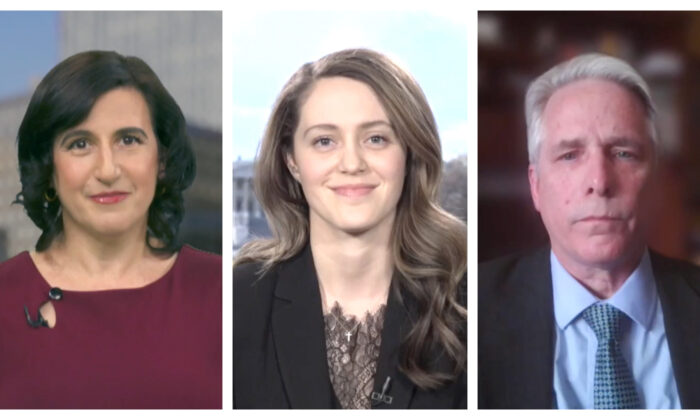 A group of Christian doctors has sued the state of California over being forced to participate in physician-assisted suicide. One of the doctors said a newly amended law is a political agenda that goes strongly against his faith and will lead to all sorts of problems for patients.

“I believe this is a political agenda, and it shouldn’t be crossing over and becoming an issue that’s interfering with doctor-patient relationships,” Dr. Leslee Cochrane told NTD’s “The Nation Speaks” in a March 5 interview. “And not to mention the frail, the sick, and the elderly, and how vulnerable that group of patients are. I think this is a tremendous disservice.”

On Feb. 22, Cochrane and the Christian Medical & Dental Associations filed a lawsuit (pdf) in a federal court against the California Attorney General, Public Health Officer, and the Medical Board of California, seeking to prevent SB 380 from coming into force and claiming it infringes on physicians’ First and Fourteenth Amendments rights.

“The American Medical Association rightly identified that doctors participating in assisted suicide is fundamentally in direct opposition to their role as healers and it would be difficult to regulate and control. And I just see this as going to lead to all sorts of problems for patients,” said Cochrane.

“Who is going to watch over those doctors and who’s going to know that those doctors aren’t being influenced? The system is very weak,” said Cochrane. “As far as the safeguards, the patients used to have to sign up a piece of paper called an affidavit, saying that they were taking the medication under their own free will. And even that very meager protection has been removed in this latest update.”

Under the original End of Life Option Act, terminally ill patients who want to end their life must make two oral requests of lethal medications at least 15 days apart. They also must make requests in writing, and must confirm their intention to die by signing a form 48 hours before self-ingesting the medications to die.

The new law reduces the 15 days to 2 days and eliminates the written request and the final attestation, among others.

“Not to mention the fact … in two days someone could be in severe pain, and they could make a request that they would regret had they had a chance to have their pain and symptoms under control,” said Cochrane.

Having dealt with thousands of terminally ill patients as a hospice physician, Cochrane said there’s “no legitimate medical reason” to help patients commit suicide to relieve their pain, as their conditions can change in a short period of time.

“Frequently, when I’m talking to patients, they’re in uncontrolled pain, which it only takes a matter of a few days, or sometimes a week to completely turn that around. So patients should never be making life-ending decisions in a state of distress like they would be if their pain is not well controlled,” said Cochrane.

“And I, as a physician, am very worried about who’s going to safeguard those people to be sure they’re not being ushered through this process and rushed through this process that could happen in 48 hours by other family members that may, in their opinion, [think] this may be the right thing to do. But it may not be what that patient wanted.”

Cochrane said he and other doctors take the Hippocratic Oath to uphold and protect life. But the new law requires him to document patients’ requests to end their life, and to forward that documentation to another doctor if he’s unwilling to prescribe such medications.

“So I’m being forced and coopted into recommending or participating in something that I strongly oppose,” said Cochrane.

He may lose his doctor’s license if he refuses to do so under the newly amended law.

“They face all sorts of consequences up to a loss of their license,” Attorney Christy Hirsch told NTD.“They really are having to decide between their livelihood and abiding by the law. And they should never be put to that choice.”

Hirsch is a legal counsel with Alliance Defending Freedom, a legal organization representing the plaintiffs in the case.

The California Department of Public Health and the Medical Board of California both told The Epoch Times that they don’t comment on pending litigation. The Attorney General’s office hasn’t responded to a request for comment.

“I think assisted suicide really creates a culture in which life is seen as dispensable if it costs too much to treat,” Hirsch said. “Sometimes people feel pressured, or may in fact be pressured to end their life prematurely because they don’t want to be a burden on their family.”

Assisted suicide has been highly controversial because it raises questions surrounding ethics and religious beliefs. Supporters claim it’s a compassionate choice and they reject the term “assisted suicide.” Instead, they use “medical aid in dying” or “death with dignity.” Such language is found in the laws of nine states and the District of Columbia which allow the practice.

In Montana, where there’s no such law and assisted suicide is specifically illegal, the Montana Supreme Court ruled in Baxter v. Montana that medical aid in dying does not violate established state law or the principles of public policy.

‘I Am So Happy to Be Alive’

Lawrence Carter-Long, director of communications of Disability Rights Education and Defense Fund, told NTD a notable case that a lady who had supported assisted suicide later became firmly against the approach.

“Jeanette Hall of Oregon was diagnosed with cancer in 2000. And she was told she had six months to a year to live,” Carter-Long said. “She knew about the assisted suicide law and even asked her doctor about it. But he encouraged her not to give up. Eleven years later, she wrote, ‘I am so happy to be alive. If my doctor had believed in assisted suicide, I would be dead.’ Thankfully, Jeanette is alive and well, happy today over 20 years later.

“I think we have to ask how many other Jeanettes are out there that we don’t know about because they were pressured or depressed, and acted hastily as a result. Sadly, we can’t know.”

Carter-Long said disabled communities are against assisted suicide laws and disabled are at a greater risk of being forced to die.

“The result, as we said before, can never be undone,” said Carter-Long.