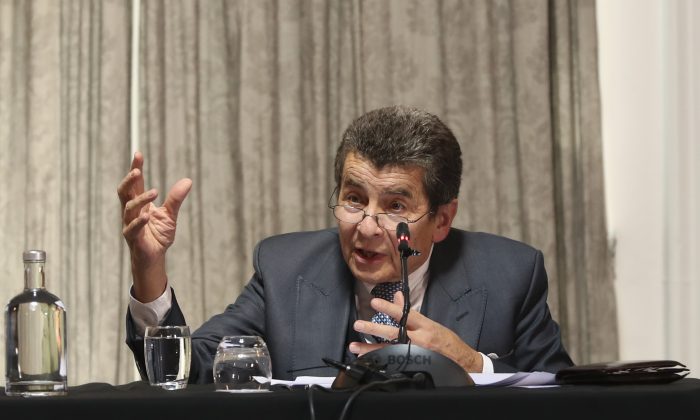 Sir Geoffrey Nice QC, chair of the China Tribunal, delivers the tribunal's judgment in London on June 17, 2019. (Justin Palmer)
By Cathy He