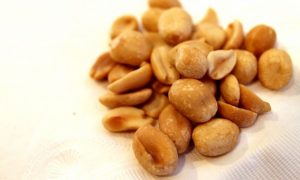 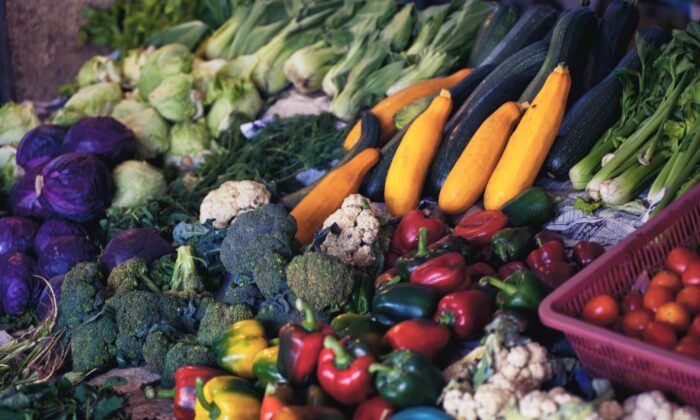 Cruciferous veggies like cabbage and kale are renowned for their action against cancer. (Alexandr Podvalny/Unsplash)
Mind & Body

Just as some foods can cause cancer, other foods can reduce our cancer risk
By GreenMedInfo
biggersmaller
Print

The greatest ally against chronic disease may be found in your everyday diet, from fresh, raw fruits and vegetables to popular beverages such as coffee and green tea.

Because just as we grow our bodies from the food we eat, we grow many of our sicknesses in the same manner.

An estimated 42 percent of all cancers may be prevented by diet and lifestyle alone, notes an article published in the American Cancer Society journal, CA: A Cancer Journal for Clinicians. The numbers are likely to be even higher for some types of cancer.

There’s an increasing awareness of the power of food and herbs in preventing and helping to heal from cancer. GreenMedInfo.com hosts some of the largest open-access databases on this topic, providing more than 10,000 studies on the value of nearly 1,000 natural substances for cancer. The following are some commonly available foods that are natural chemopreventive agents.

Eating fruits and vegetables has been linked to a reduced risk of cancer. According to a report from the 2007 World Cancer Research Fund/American Institute for Cancer Research, foods containing vitamin C probably protect against esophageal cancer, with fruits in particular helping against gastric cancer.

Similar findings were observed in a 2016 study that saw “a marginally decreased risk” of esophageal cancer, squamous cell carcinoma, and esophageal adenocarcinoma, along with a non-significant risk reduction in gastric cardia cancer, with each 100 grams per day increase of citrus fruit intake. Consuming citrus fruits has also been tied to decreased bladder cancer risk.

Results from a 2019 study offered strong evidence that eating more fruit is associated with a lower risk of lung cancer among both current and former smokers, while vegetable intake is linked to a significantly reduced risk of lung cancer in current smokers. A meta-analysis also showed a correlation between fruit and vegetable intake and a reduced risk of oral cancer.

The family of vegetables that includes cauliflower, cabbage, kale, broccoli, and Brussels sprouts is renowned for its outstanding action against cancer. Cruciferous veggies have been found to have anticancer properties, with research showing:

A yellow substance from the root of the plant Curcuma longa, curcumin is the main active ingredient in the spice turmeric, with strong anti-inflammatory and antioxidant properties.

Due to the role of oxidative damage in a range of conditions such as cancer, atherosclerosis, and neurodegenerative diseases, curcumin’s antioxidant properties are believed to play an important role in reducing the risk of developing such diseases.

Research from 2001 showed that curcumin is safe in humans at up to 8,000 milligrams per day when taken orally for three months, providing chemopreventive properties. Curcumin combined with turmerones, the essential oil components of turmeric, may be a powerful intervention to prevent inflammation-associated colon carcinogenesis in animal models.

“TUR [turmerones, a bioactive compound in turmeric] is a novel candidate for colon cancer prevention. Furthermore, we consider that its use in combination with CUR [curcumin] may become a powerful method for prevention of inflammation-associated colon carcinogenesis,” researchers wrote in a study published in Biofactors.

Coffee is more than a morning pick-me-up—it’s also a powerhouse against various types of cancer. A meta-analysis of prospective observational studies showed a link between coffee intake and a reduced risk of oral, pharynx, liver, colon, prostate, and endometrial cancers, as well as melanoma.

There is also mounting evidence of the cancer-fighting properties of coffee against liver cancer. A prospective cohort study involving 30,824 subjects echoed the finding in its probe of whether coffee, green tea, and caffeine are associated with liver cancer risk, showing that coffee consumption significantly reduced the risk, while the same association wasn’t observed for caffeine intake.

A separate study found drinking coffee was linked to lower hepatocellular carcinoma risk, with the protective effect detected in healthy populations as well as those with chronic liver diseases. In addition, researchers found that drinking coffee may prevent people from developing liver cirrhosis.

In a randomized clinical trial of brewed green and black tea in prostate cancer patients prior to prostatectomy, green tea induced changes in inflammation and systemic oxidation, and the uptake of its polyphenols in prostate tissue displayed a potential role worthy of further research in preventing and treating prostate cancer.

In a population-based study, women who reported drinking at least one cup of green tea per day had a 54 percent reduction in ovarian cancer risk. Drinking more green tea might even prove helpful in reducing the risk of colorectal cancer in those with unhealthy lifestyles.
You can discover more natural substances with chemopreventive properties on the GreenMedInfo.com database.